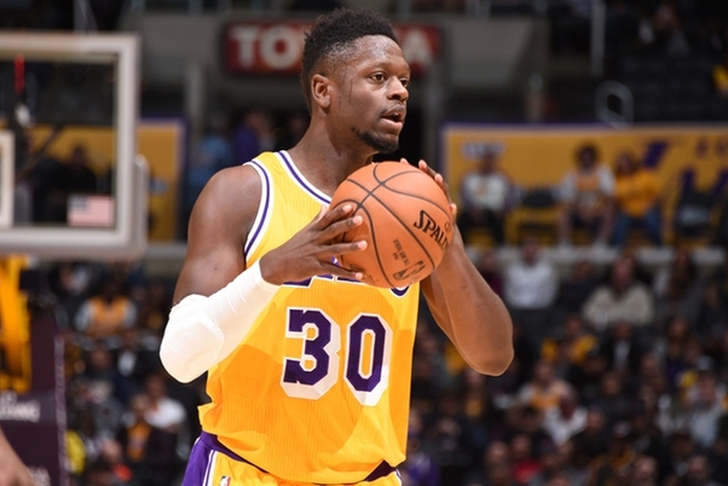 The Los Angeles Lakers are trying to maximize their cap space to make a run at two superstars next offseason and are willing to trade some of their young players to make that happen.

Julius Randle is set to be a restricted free agent this summer, and with him expected to receive large offer sheets from other teams on the open market, the Lakers likely won't be able to re-sign him while adhering to that plan.

As such, they may trade him before next season's trade deadline, according to SBNation's Drew Garrison.

The Lakers’ toughest decision going into the trade deadline may circle around Julius Randle, though. I’ve gone into the why already, but he’s going to be an expensive young piece to retain as a restricted free agent next summer.

Clearly the Lakers want to use their cap space to land superstars, but Randle’s going to get a massive offer sheet unless the Lakers work out a deal outright. If the team decides it’s willing to spend on Randle, the next logical step would have to be considering Larry Nance, Jr.’s future with the team.

Los Angeles' plan is to sign both Paul George and LeBron James in 2018, something team president Magic Johnson and general manager Rob Pelinka have been shooting for ever since they took over.