Here Are 5 Reasons Why Michigan Can Win The National Championship 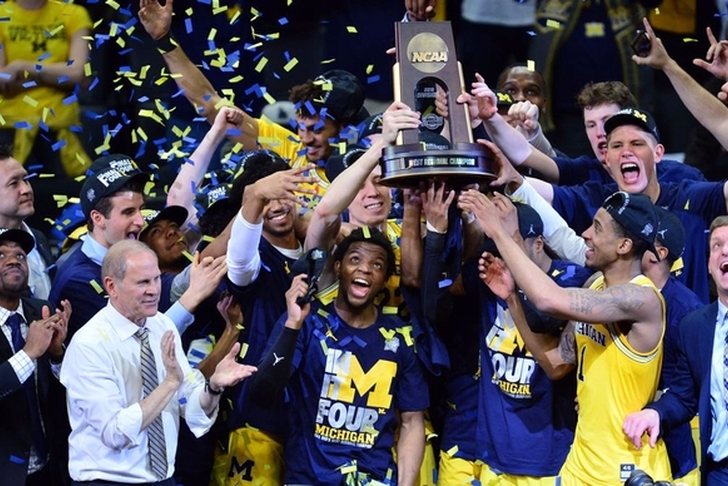 The Michigan Wolverines advanced to the Final Four for the eighth time in school history and the second time under head coach John Beilein on Saturday, beating Florida State 58-54 in the Elite Eight. Despite being the third-lowest seed remaining behind one-seeds Villanova and Kansas, many believe that the Wolverines have what it takes to cut down the nets on Monday night.

We'll be doing these on each Final Four team during the course of the week, but for Michigan, the national championship expectations are very much real. Here are five reasons why they can win the title:

1) Best defense remaining in the tournament

Michigan has been known for their offensive prowess, but this year is a little bit different - especially in the NCAA Tournament. The Wolverines have uncharacteristically struggled offensively to this point in the Big Dance, failing to score 65 points in three of their four games. In fact, the only game in which they've had sustained offensive success was when the Wolverines got red hot and made 10 three-pointers in the first half against Texas A&M.

They're in the Final Four because of their defense, which ranked in the top five nationally in adjusted defensive efficiency and is the best of all the teams remaining in the final four. The versatility of their lineups allows them to switch everything on the perimeter and Zavier Simpson's ability to pressure the ball really spearheads that defense. 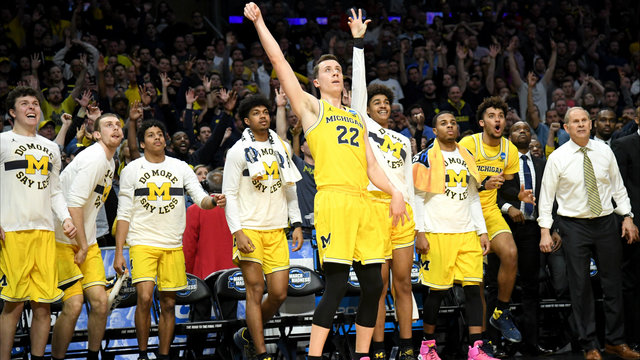 Speaking of three-point shooting, this is where Michigan's offense is the strongest. They make over 36 percent of their shots from beyond the arc as a team but five rotation players shoot at least 37.5 percent from deep. Why is that important? 43.1 percent of the shots Michigan takes come from three-point range. They've used the three-point shot to go on runs and hold off comebacks in the tournament, something that has propelled them all season.

3) The matchup problem that is Mo Wagner

Wagner is actually Michigan's best three-point shooter (percentage-wise) and that is part of why he's team's leading scorer and is so crucial to the Wolverines' offensive attack. His shooting ability takes the opponent's big man out of the paint and makes him defend the perimeter, where Wagner's quickness usually plays to his advantage. It also opens up driving lanes for Michigan's guards, allowing them to run their drive-and-dish offense.

However, what makes Wagner special is that he's not just an oversized guard. He adequately defends opposing bigs and is also capable burying smaller opponents in the post. Wagner needs to become more consistent - he has only scored over 12 points once in the tournament - but his wide skill set makes him a matchup nightmare.

John Beilein has long been one of the most underrated coaches and is now getting the credit he deserves as one of the best in the country. He has guided Michigan to two Final Fours in the last six seasons and has won at least 21 games in seven of the last eight seasons. His gameplans give the Wolverines a major advantage and he knows how to get the most out of his team - especially in March.

Michigan has won 13 games in a row, which is the second-longest active streak in the country (one behind Loyola Chicago). The Wolverines have also been rather dominant during the streak, winning eight of those games by double digits. Games are usually heavily contested at this point in the year and having a winning pedigree matters. This group has proven they know how to win and that will serve them well.