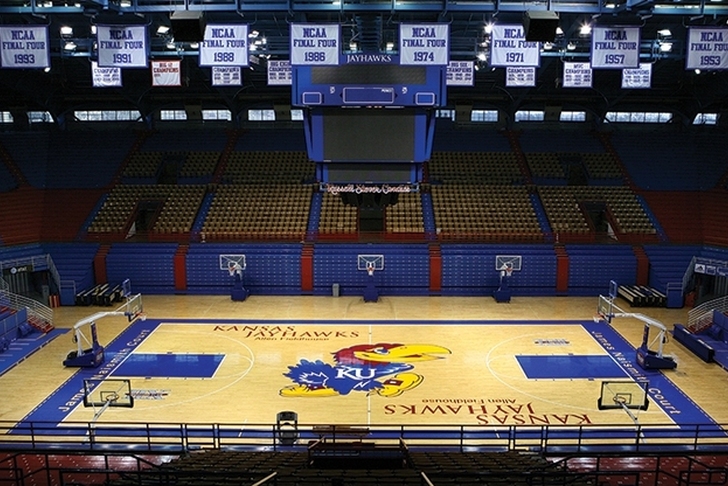 The Kansas Jayhawks have maintained publicly that they had not been contacted by the FBI regarding their investigation into college basketball, but that does not appear to be the case.

According to The Kansan, who submitted a Freedom of Information Act request, the FBI does indeed have documents regarding KU's relationship with Adidas, but can't release them due to the investigation.

The presence of documents does not mean that the Jayhawks are involved in any wrongdoing, but it does show that they are part of the investigation. While the FBI did not describe the nature of the documents, they did tell The Kansan that they are “located in an investigative file which is exempt from disclosure.”

That investigation led directly to the arrests of 10 people on fraud and corruption charges, four of whom were assistant coaches (Arizona's Emmanuel "Book" Richardson, Auburn's Chuck Person, Oklahoma State's Lamont Evans and USC's Tony Bland) with the others being financial advisers, managers, and Adidas representatives. Louisville head coach Rick Pitino was also fired as a result.

Chat Sports was the first to report of Kansas' potential involvement in the FBI probe, reporting that Adidas reps - the same ones who were arrested on fraud and corruption charges - were trying to steer the nation's top recruit, Zion Williamson, to Kansas.

After news of the investigation broke, Kansas Associate Athletics Director Jim Marchiony said the school had not been contacted by the FBI, a sentiment he and the school have reiterated since.

“I think the answer that I gave about the fact that no federal authorities have contacted us about this case, I’m just going to let that answer speak for itself,” Marchiony said, via the Topeka Capital Journal.

In the days just before the FBI announced their initial findings from the investigation - which is still ongoing - Kansas and Adidas agreed to a 14-year sponsorship deal worth close to $200 million.

James Gatto, the former Head of Global Marketing for Adidas, and Merl Code, described as Gatto's "right-hand man," were the two Adidas reps that were arrested. They have been accused of paying at least two top recruits in order to get them to commit to Adidas-sponsored schools, namely Louisville. Kansas is the leading Adidas college basketball program.

Follow our Kansas Jayhawks team page for all the latest Kansas basketball news!