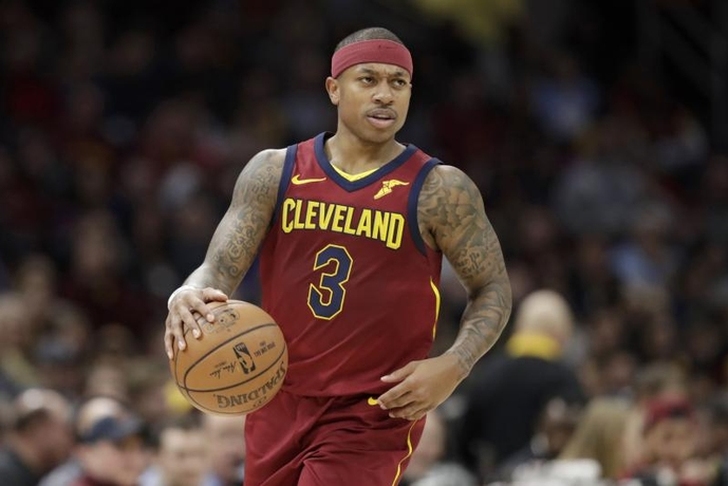 The Cleveland Cavaliers have agreed to trade Isaiah Thomas, Channing Frye, and their 2018 first-round pick to the Los Angeles Lakers for Jordan Clarkson and Larry Nance Jr., according to ESPN's Adrian Wojnarowski.

Cleveland is sending Isaiah Thomas and Channing Frye to the Lakers for Clarkson and Nance, league source tells ESPN.

Cleveland is also sending their first-round pick (with protections) to the Lakers in the deal. It is the Cavs' pick, which is projected be at the end of the first round, and not the Brooklyn Nets pick the Cavs own, which is projected to be a top 10 selection.

The Cavs are just 6-7 in games that Thomas has played in, and he has drawn plenty of criticism for his defensive limitations and outspoken antics and criticism of the locker room. Because of that, his pending free agency, and perceived trade value, Cleveland was looking to deal him.

Thomas missed the first half of the season with a hip injury he suffered while with the Boston Celtics last year, and he has struggled to fit in with the team on the court since his debut. He is averaging 14.5 points and 4.5 assists in 27.1 minutes per game.

Los Angeles had placed both Jordan Clarkson and Larry Nance Jr. on the trade block last month but appeared to have changed their minds in recent days. That, obviously, wasn't the case.

Los Angeles had previously offered Clarkson to the Detroit Pistons and the Cavs expressed some interest in acquiring him last week, but talks didn't go anywhere at that time. That has changed with Cleveland's desire to trade Thomas.

The Lakers had been looking to move both Clarkson and Nance due to their desire to create enough cap space to sign two players to max contracts this summer or next. Acquiring both Thomas and Frye accomplishes that for them, as both players will be free agents after the season.

NEXT READ: 5 Trades That Could Happen Today Before The NBA Trade Deadline