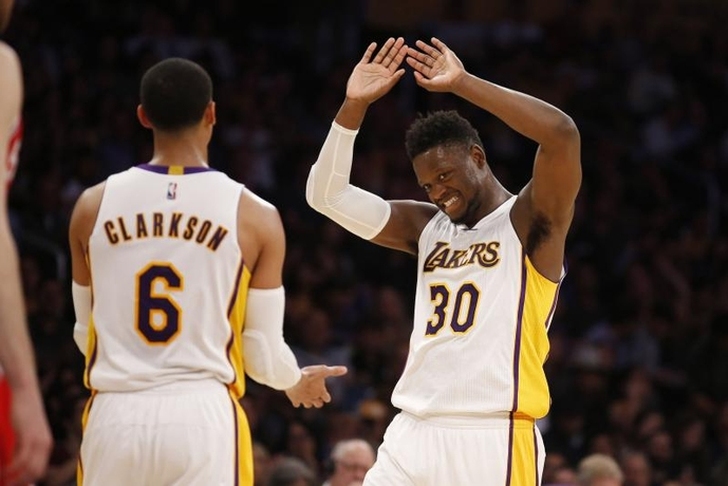 The Los Angeles Lakers have been exploring trade possibilities for both Jordan Clarkson and Julius Randle since last year's deadline, but there has been a change in their plans for the coming offseason.

LA had been trying to maximize their cap space to make a run at two superstars in the coming offseason, which meant parting with Clarkson and Russell, but ESPN's Ramona Shelburne and Adrian Wojnarowski report the Lakers are shifting their free agency focus from the 2018 class to the 2019 class.

As such, they are now expected to keep both players.

The Lakers have listened to offers or explored trades for both players that included first- or second-round picks, but sources indicate that none of those deals would save significant cap space for the future, thereby negating the initial reason for exploring trades for those players.

While the Lakers could still move either or both players before Thursday's trade deadline, one league source put the chances of a meaningful trade at "50-50 at best."

Los Angeles had previously offered Clarkson to the Detroit Pistons and the Cleveland Cavaliers expressed some interest in acquiring him, but neither deal came close to happening.

The Lakers are not expected to match the kind of offers Randle expected to receive on the open market as he is not in the team's long-term plans.

NEXT READ: Here Are 6 Blockbuster NBA Trade Ideas That Could Happen Before The NBA Trade Deadline