UConn Being Investigated By NCAA For Possible Recruiting Violations 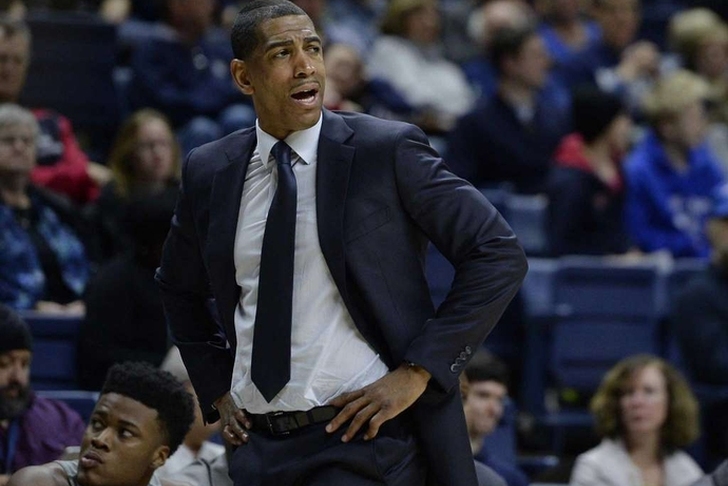 The UConn men's basketball program is being investigated by the NCAA for possible recruiting violations, according to Jeff Jacobs of the New Haven Register.

The NCAA has notified UConn of an inquiry into its men’s basketball program, Hearst Connecticut Media has learned and the school confirmed Thursday. While the full nature of the inquiry is uncertain, some, if not all, involves areas of recruiting, according to two sources with knowledge of the situation.

The school released the following statement to the newspaper in response to the allegations and the NCAA's investigation:

“We are working closely with the NCAA enforcement division,” the school said. “Based on our own, NCAA-mandated internal review following allegations directed at men’s basketball programs last fall, we had already retained [law firm] Lightfoot, Franklin and White to assist us in a review of our men’s basketball program. We will continue to work with them during the NCAA inquiry.

“We will appropriately address and respond to this inquiry and continue cooperating fully with the NCAA as this process moves forward. Until that time, we will have no further comment.”

It's unclear how serious the potential violations are and the investigation does not appear to be linked to the ongoing FBI probe into corruption and bribery in college basketball recruiting that has already seen that 10 people arrested, including four assistant coaches.

However, one thing we do know is that this creates more uncertainty about head coach Kevin Ollie's future with the program. He is already on the hot seat with a less-than-impressive 72-52 record - with only one NCAA Tournament appearance - since winning the national championship in 2014.

There is no buyout in Ollie's contract, but he is owed $3.5 million per year for the next three years. If he is fired for cause, a requirement that any recruiting violations would meet, the school wouldn't owe Ollie anything.

Stay up to date on this story in the best sports app available - the Chat Sports App!