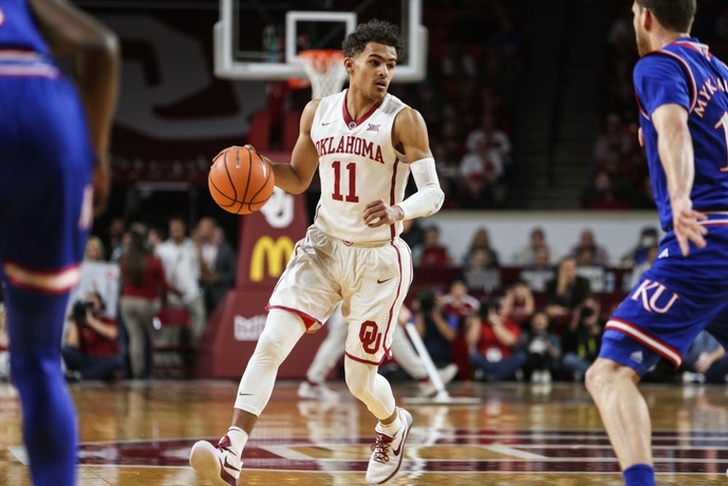 This college basketball season has been a historic one with more unranked-over-ranked upsets to this point in the season than in any other season than ever before, and those upsets have already continued this week with North Carolina falling to Virginia Tech and West Virginia losing to TCU. We're getting very close to February, and as such, there are plenty of questions facing a number of teams around the country as the tournament approaches.

We're posting these every Wednesday now throughout the course of the season to try and help answer those questions. Hit me up on Twitter or Facebook if you want to join the conversation! Now, let's get into it:

Why so there so much parity this year? - Lake Ortles (@_R0ckyBalboa)
The simple answer for this is that there are no great teams this year and a lot of very good ones. Villanova, Virginia, and Purdue have separated themselves as the top tier, and every team after them as at least one major flaw. Because there are a lot of good teams, we're seeing those flaws exposed - but no one can maintain any momentum because they have their own major flaws another team can expose. The youth of big-time programs certainly plays in role in that but there's not a huge gap between any of these teams.

What are Padgett's chances of getting the head coaching job going forward? - Courtesy Hertel (@BenHertel)
His chances have certainly improved with Louisville's 5-1 start in ACC play. Early on, it was clear he was trying to find his coaching footing and their play reflected that. Now it's clear he has figured it out and the team is rallying around him. I think things are trending in the way of him keeping the job - feels like 60-40 to me that they retain him.

Who's on the hot seat for coaches in Power 5 conferences? - Dave Russell (@Druss1396)
The biggest name on the hot seat is obviously UConn's Kevin Ollie, but sticking with Power 5 schools only, Pitt's Kevin Stallings is the guy who will definitely be gone. After him, there's no coach whose future is a foregone conclusion, but Iowa's Fran McCaffrey is probably on the hottest seat. I don't he'll they'll pull the trigger right now, but that can change. Georgia's Mark Fox is also someone worth watching, though he's probably safe given the commitment of 2019 five-star PG Ashton Hagans.

I'll also be watching two coaches who were tied to the FBI probe in Auburn's Bruce Pearl and USC's Andy Enfield - not to be on the hot seat, but as other positions that could be open. Pearl is a Coach of the Year candidate for how well the Tigers have performed this year (I have them at No. 13 in this week's power rankings), but he was nearly fired before the start of the season for refusing to cooperate with the school's internal investigation into the FBI's findings. It's a tricky situation there.

I'm curious to see what happens with Enfield. The Trojans have largely underachieved to this point in the year after being ranked in the preseason top 10 and had an assistant coach arrested (Tony Bland), player suspended (De'Anthony Melton) and recruit decommit (Teashon Cherry, who has since committed to Arizona State) after being named in the initial findings. All of that may signal that it's time for USC to part ways with Enfield.

What's a good NBA comparison for Trae Young? - Brian Gantt (@briangantt1)
To me, there is no perfect comparison for Young. The Stephen Curry comparisons are somewhat warranted given his range, quick release, quickness, and ability to create his own shot, but it's unfair to say that Young is going to turn into Curry. That has caused many to compare him to Damian Lillard, which I like, but Lillard is much stronger than Young. He's also got a bit of Steve Nash in him with his excellent vision and creative passes. He's some combination of the three.

I have read that Bamba is a very boom or bust prospect...where do you land on him? - @Ppuro31
I really don't see any bust potential with Bamba. Worst-case scenario he'll be an excellent shot-blocker and defensive specialist, which will earn him a starting job on a lot of teams given his athleticism. Think of that worst-case scenario as what Nerlens Noel was supposed to be.

There certainly is some star potential with Bamba given that athleticism, his range, and still developing post game, but there's a much slimmer chance of him becoming a superstar than the other top prospects like Marvin Bagley III and Deandre Ayton. He's probably closer to the defensive specialist than a superstar, but given his other tools, that would still be a starter for pretty much every team in the league. In my mind, he's actually a pretty safe pick because of that high floor.