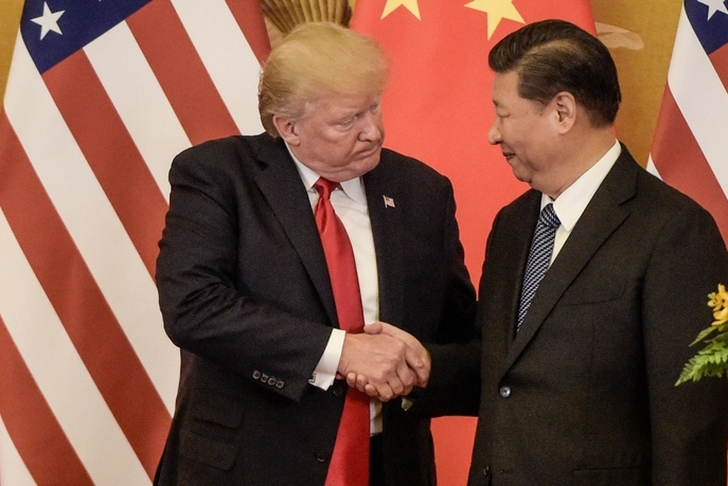 President Donald Trump has responded to criticism from LaVar Ball for his role in the return of the three UCLA freshmen basketball players - LiAngelo Ball (Lonzo's younger brother), Jalen Hill, and Cody Riley - after they were arrested for shoplifting in China, saying that because of Ball's ungratefulness, he "should have left them in jail."

Now that the three basketball players are out of China and saved from years in jail, LaVar Ball, the father of LiAngelo, is unaccepting of what I did for his son and that shoplifting is no big deal. I should have left them in jail!

LaVar Ball (LiAngelo's father) downplayed the role President Trump had in getting the three players back to the United States without serving any jail time earlier this week.

"Who?" Ball told ESPN when asked about Trump's role in the trio's release. "What was he over there for? Don't tell me nothing. Everybody wants to make it seem like he helped me out."

Under Chinese law, the three players were facing years in prison for stealing sunglasses from a Versace store near the team's hotel prior to their regular season opener against Georgia Tech in Shanghai. However, they were ultimately held under hotel arrest for a few days before returning to the United States.

President Trump arrived in Beijing (as previously scheduled as part of a two-week Asia trip) just a day after the incident occurred and worked with Chinese President Xi Jinping to secure their release.

The players returned to Los Angeles on Tuesday and thanked Trump for his role in bringing them home, which Trump wondered if they would do on Twitter on Wednesday.

“To President Trump and the United States government, thank you for taking the time to intervene on our behalf. We really appreciate you helping us out,” Riley said.

“I would like to thank President Trump and the United States government for the help they provided as well,” said Ball.

UCLA beat Georgia Tech, 63-60, in the game without the three players, who have been suspended indefinitely. The Bruins are ranked No. 23 in the country and are 3-0 so far this season.