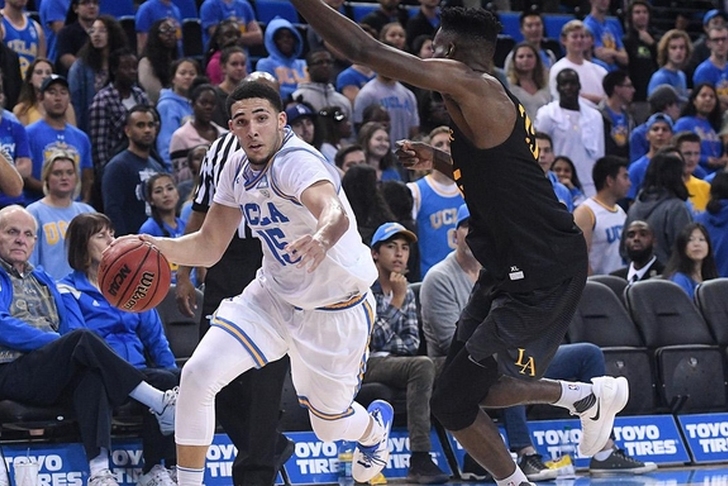 UCLA's Cody Riley, Jalen Hill, and LiAngelo Ball have been suspended but “will return to the team at some point,” though that timeline “has yet to be determined,” according to Steve Alford

"They will have to earn their way back," head coach Steve Alford said, adding the three will not be able to practice with the team or travel to road games. "These are good young who have exercised an inexcusable lapse of judgment, and now they have to live with that."

The trio was accused of stealing sunglasses from a Louis Vuitton store near the team's hotel prior to their season opener against Georgia Tech in Shanghai, which they later admitted to.

Under Chinese law, they were facing years in prison but were ultimately held under hotel arrest for a few days. President Donald Trump arrived in Beijing (as previously scheduled as part of a two-week Asia trip) just a day after the incident occurred and worked with Chinese President Xi Jinping to secure their release.

The players returned to Los Angeles on Tuesday and thanked Trump for his role in bringing them home, which Trump wondered if they would do on Twitter earlier on Wednesday.

“To President Trump and the United States government, thank you for taking the time to intervene on our behalf. We really appreciate you helping us out,” Riley said.

“I would like to thank President Trump and the United States government for the help they provided as well,” said Ball.

UCLA beat Georgia Tech, 63-60, in that opening game without the three players. The Bruins' next game is tonight at home against Central Arkansas.