Sources: South Carolina Expects Brian Bowen To Be Reinstated And Eligible To Play Next Season 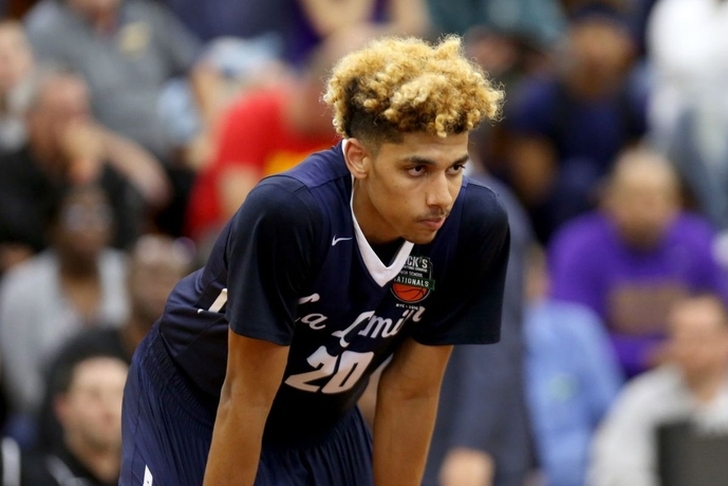 Brian Bowen, the Louisville commit who received $100K from Adidas in exchange for his commitment to the Cardinals, enrolled at South Carolina earlier this week and the Gamecocks expect him to be reinstated by the NCAA and eligible to play next season, according to multiple sources.

South Carolina head coach Frank Martin, his coaching staff, and the school's compliance department believe that Bowen will be cleared of any wrongdoing and the school likely would not have accepted him had they believed otherwise, the sources said.

Bowen was suspended for the allegations and dismissed from the Louisville team.

The former five-star recruit and McDonald's All-American must sit out for the remainder of this season and the first semester of next season due to NCAA transfer rules, but assuming he's reinstated, he will be eligible to play following the first semester.

In an interview with CBS Sports on Thursday night, Martin defended the school's acceptance of Bowen.

"When I started doing my legwork, every single person I talked to that has had any dealing with that young man or that family speaks about what a great, great kid he is," Martin said. "He didn't beat a girl up, he hasn't raped anybody, hasn't flunked 10 different drug tests. He's a good kid. He isn't a flunkie.

"I chose to be in education; that's who I am. That's why that kid is in school right now. I'm not into the phoniness of this business. You give him a chance. That's what education is about."

Bowen has routinely denied his role in the allegations and claims his father took the money without his knowledge, telling Outside the Lines last month he didn't "know anything about it."

"I'm elated that South Carolina and Coach Martin have given Brian the opportunity to play college basketball and fulfill his dream at the collegiate level," Bowen's lawyer, Jason Setchen, said, via ESPN. "I have the utmost confidence in South Carolina's compliance and ultimately the NCAA. We believe the NCAA, once they have heard all of the evidence, will promptly reinstate Brian."

Bowen has started practicing with the Gamecocks, which he is allowed to do under transfer rules, but can not travel with the team.

South Carolina also plans to use Bowen as a tool to recruit Zion Williamson, the No. 2 overall recruit in the 2018 class, pitching him on the idea of playing alongside another five-star prospect, according to sources.

The Gamecocks have been going hard after the Spartanburg, SC product, but it appears they have some ground to make up before Williamson's Jan. 20th decision date. The 6-foot-6, 275-pounder is thought to be deciding between in-state rival Clemson and Kentucky, with the Tigers appearing to be the favorite.

South Carolina is currently 10-6 on the season and 1-3 in SEC play after making the Final Four last year.