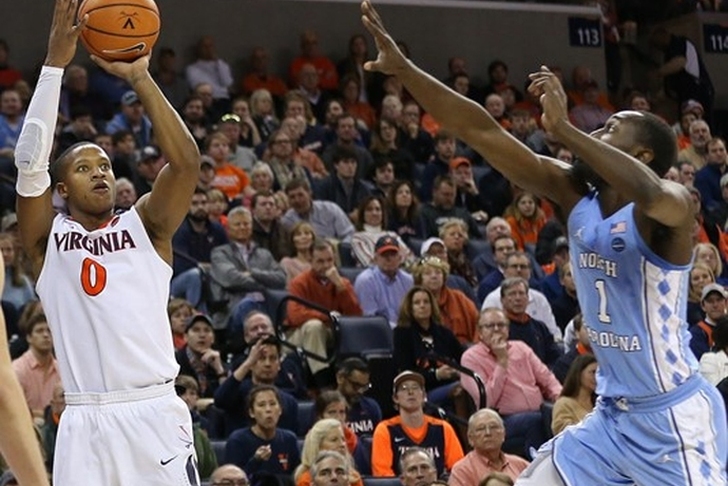 The college basketball continues to be absolutely wacky has six top 25 teams fell to unranked teams over the weekend, including three top five teams. The schedule is now ramping up in the new year, and as such, there are plenty of questions facing a number of teams around the country. We're going to be posting these every Wednesday now throughout the course of the season to try and help answer those questions. Hit me up on Twitter or Facebook if you want to join the conversation! Now, let's get into it:

Is there any chance Tyus Battle stays for his junior year? Thanks. - Mike Pesesky (@MikePesesky)

There is a great chance that Battle returns next year simply because he's not expected to be drafted. The best he can do right now is mid to late second-round pick, which shouldn't be enough for him to go pro. He's having a solid individual season (19.1 ppg, 2.9 rpg) even though Syracuse (12-5) is struggling, but barring a great second half of the season, I'd expect Battle to be back.

Are you the ultimate College Basketball fan? Download the Chat Sports App for all the latest news & rumors on your favorite team!

What are your thoughts on UNLV so far? Do you feel like they're a bubble team with their best win being vs Utah (semi-home)? - Alex Rodgers (@ARODPT)

UNLV's tough for me. They're a quality offensive team but terrible on defense, and that has kept them from picking up resume-boosting wins over Arizona and Boise State. Center Brandon McCoy is a quality player, but I don't see them as a bubble team right now because of those lack of quality wins (Utah doesn't count as one). They'll need to finish in the top three or four in the Mountain West and then make the finals of the conference tournament for them to feel like they're on the right side of the bubble.

I define a "glue guy" as someone who doesn't put up crazy numbers and isn't a top option on their respective team, yet finds other ways to be invaluable and contribute to winning.

The first guy for me is North Carolina's Theo Pinson, whose defense, vision and athleticism are crucial to UNC's success. Staying in the ACC, Notre Dame's Rex Pflueger and Virginia's Devon Hall absolutely make the cut. Pflueger's shooting and defense earn this spot for him, and we've seen his impact over the past week with the Irish playing without Bonzie Colson or Matt Farrell. For Hall, he's arguably UVA's best defender, leads them in assists, and has emerged as the perfect offensive complement to Kyle Guy and Ty Jerome.

I think Villanova's Donte DiVincenzo is up there with Pinson as the best glue guy in the country. He would start on 99 percent of teams around the country, but comes off the bench for the Wildcats and provides valuable scoring and playmaking.

Wichita State's Rashard Kelly also has to be on the team. As a versatile 6-foot-7 senior forward, Kelly plays a number of positions and provides the toughness and leadership that makes the Shockers who they are.

What team do you see Luka Doncic fitting in with the most in the lottery range? And who do you think he's comparable to that's currently in the NBA? - Akash Shah (@ashah1227)

Doncic's overall and all-around skill set will allow him to fit into any style of play in the NBA, but I think the Memphis Grizzlies are the best landing spot for him. He's not the best athlete yet excels in making plays in the half court, which is the way Memphis plays. Plus, they really need help on the wing, which Doncic would immediately provide.

The Atlanta Hawks also make a lot of sense with the way they play offense and Doncic's high basketball IQ, but I doubt they'll take him No. 1 overall (where they're currently slotted).

I don't know if there's a great comparison for Doncic in the NBA. He's a bit like Nicolas Batum in terms of his ability to do everything on the court but doesn't have his length. He's also got some Manu Ginobili-like craftiness to his game, so I'd say a cross between the two.