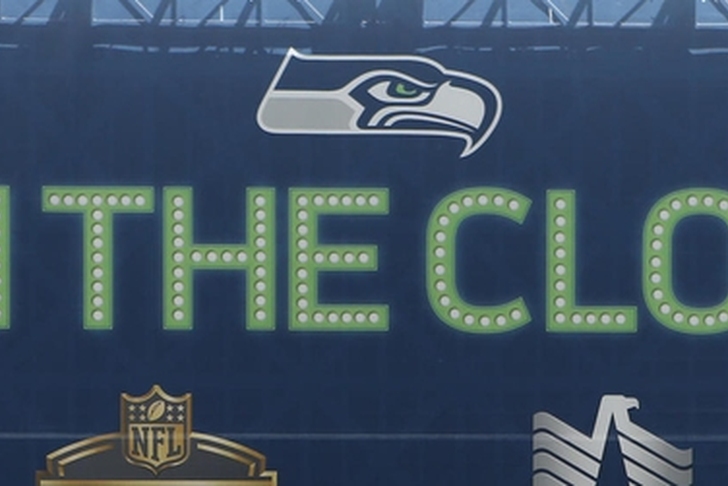 The Seahawks rumors are growing around who Seattle will target in the first round of the 2018 NFL Draft.  The Seattle Seahawks have the 18th overall pick in the draft after finishing 9-7 last season and Seattle has plenty of holes that need to be filled if they want to make it back into the playoffs. With veterans like CB Richard Sherman likely leaving and Seattle trading Michael Bennett to the Eagles, the Seahawks have some new needs that need to be addressed. Here are the three biggest needs for the Seahawks entering the 2018 NFL Draft.

1.) Offensive Tackle
The addition of offensive tackle Duane Brown was great for the Seahawks last year, but the team still desperately needs offensive tackles. Seattle had one of the worst offensive lines in the NFL allowing 43 sacks on quarterback Russell Wilson in 2017. Also improving the line would help the running game, thus taking some of the pressure of Wilson's shoulders. Seattle had four rushing touchdowns last season and Wilson had three of them. The Seahawks focus this offseason should be keeping Wilson upright and easing the pressure off his shoulders, a solid offensive tackle would do just that.

2.) Cornerback
The Seahawks are likely to cut Sherman and will likely cut fellow cornerback Jeremy Lane. The Seahawks tried trading Lane to the Texans in October, but he failed his physical. Lane was also arrested for a DUI outside of Seattle on January 14th. If Seattle is without Sherman and Lane in 2018, the Seahawks will have a major hole at cornerback. Seattle would be smart to add a strong lockdown corner in the first round, someone like Iowa cornerback Joshua Jackson.

3.) Defensive End
With the Seahawks recent Bennett trade and defensive end Cliff Avril likely to be cut in 2018, defensive end is a huge need. The Seahawks are very young on the defensive line and may want to add some talented depth. There are some solid defensive ends in this year's draft that may slip in this down the board due to the top quarterback prospects going in the top 10. If an elite pass rusher falls to the Seahawks at 18, look for them to target him.