76ers Rumors: Philadelphia Has Inquired About Trade With Spurs For Kawhi Leonard 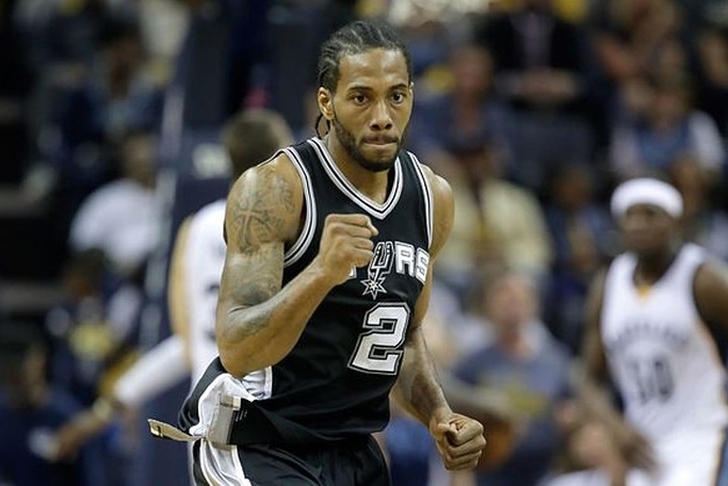 The Philadelphia 76ers are planning to sign a superstar to a max-level contract this offseason, but they also have enough talented young players and assets to acquire a superstar through a trade.

And, with news that Kawhi Leonard wants out of San Antonio, they have their eyes set on him, according to ESPN's Adrian Wojnarowski.

The Los Angeles Lakers and Philadelphia 76ers have interest in Leonard, each with a differing array of young assets to trade for him now and the potential of salary-cap space to sign Leonard outright in 2019.

In the end, Leonard could dictate his destination based on his willingness to sign long term upon a trade. Oklahoma City acquired All-Star forward Paul George last summer without a commitment, and there will undoubtedly be a few teams with a similarly adventurous spirit in pursuit of Leonard.

The San Antonio Spurs did rebuff a trade offer from the Boston Celtics for Leonard prior to the trade deadline.

The relationship between Leonard and the franchise deteriorated this season as Leonard stayed away from the team with a quad injury and only played in nine games. San Antonio was focused on repairing the relationship with Leonard and were hoping to sign him to a supermax extension this summer, but those talks appear to have not gone well.

The Spurs have indicated they would be willing to trade him this offseason if things don't get better between the two sides and, according to Wojnarowski, Leonard is hoping to be dealt to the Los Angeles Lakers.

However, because he is still under contract for a year and does not have a no-trade clause, the Spurs do not have to adhere to Leonard's request. If they do trade him, it will likely be to the Eastern Conference - which plays right into Philadelphia's hands.