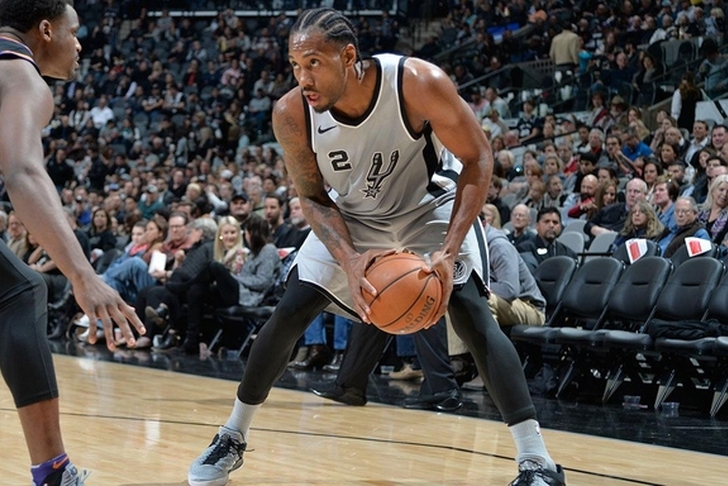 The NBA playoffs are well underway and a few teams are already pushing the panic button. The Portland Trail Blazers are one of those teams after the dropped in a 0-2 hole by the New Orleans Pelicans, who won Game 2 in Portland last night. The Cleveland Cavaliers are in a similar situation tonight, as they're in danger of losing the first two games of the series at home to the Indiana Pacers. However, there is also plenty of happenings off-the-court as well. Here are all the latest NBA news & rumors you need to know:

Spurs looking to trade Kawhi Leonard this offseason
While a number of teams have already been planning their pursuit of disgruntled San Antonio Spurs star Kawhi Leonard, the team has decided that they will look to trade him this summer, according to Ailene Voisin of the Sacramento Bee.

No one can speak for Popovich, but some of his closest confidants suspect that if the relationship remains strained and the lack of communication persists, he will pursue a blockbuster trade during the offseason and commit to a parting of the ways. Already, according to multiple reports, several teams are assembling packages that might appeal to the Spurs.

Leonard, who averaged 25.5 points, 5.8 rebounds, and 3.5 assists per game last season, will be an unrestricted free agent in 2019 and does not appear to be willing to re-sign with San Antonio, which is one of the reasons why the Spurs are looking to trade him.

NEXT READ: Lakers Planning To Pursue Trade For Kawhi Leonard This Offseason?

The Knicks have not shown any interest in Jeff Van Gundy as a candidate for their head-coaching position at this point, league sources told ESPN. Full story coming.

Joel Embiid may miss Game 3
Philadelphia 76ers center Joel Embiid expressed his frustration of having to miss the first two games of the playoffs on Instagram, but his concussion and orbital bone fracture may cause him to miss Game 3 as well, according to Marc Narducci of Philly.com.

Embiid was still not cleared for contact but was scheduled to participate somewhat in practice Tuesday. (The media didn’t have access to practice.)

“He will be doing some shooting and scripting, really for the first time with the team,” coach Brett Brown told the media before the Sixers practiced. “What that translates in regards of when he will play again with us on the court, we don’t know.

“Today we will get up and down and do some script stuff, not entirely physical stuff, but it is progressing,” he said. He added that he doesn’t think it’ll be long before the Sixers know, “but we will learn more over the next 48 hours, I suspect.”