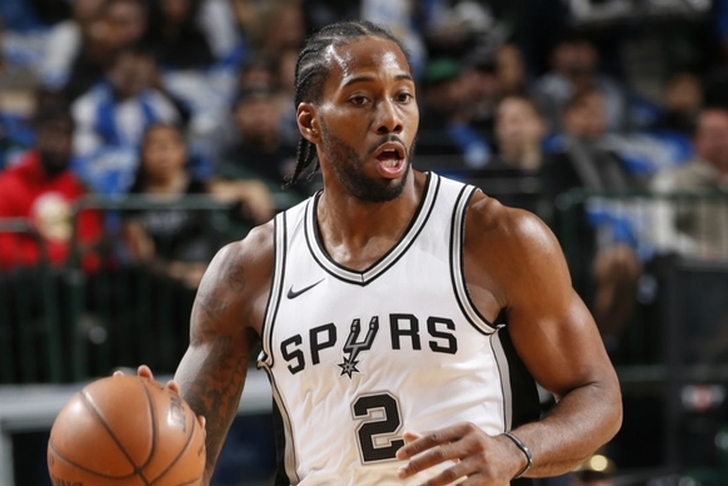 The relationship between Leonard and the franchise deteriorated this season as Leonard stayed away from the team with a quad injury and only played in nine games.

San Antonio was focused on repairing the relationship with Leonard and were hoping to sign him to a supermax extension this summer, but those talks appear to have not gone well.

The Spurs have indicated they would be willing to trade him this offseason if things don't get better between the two sides and, according to ESPN's Adrian Wojnarowski, Leonard is hoping to be dealt to the Los Angeles Lakers.

San Antonio’s Kawhi Leonard has Los Angeles — preferably the Lakers — at the center of his preferences for a trade destination, league sources tell ESPN.

Leonard, who is from Los Angeles and played his college ball at San Diego State, will be an unrestricted free agent in 2019. He will try to use that pending free agency to force a trade.

However, because he is still under contract for a year and does not have a no-trade clause, the Spurs do not have to adhere to Leonard's request. This is what the Indiana Pacers did with Paul George after he informed them of his intentions to leave them for the Lakers once he hit free agency by sending him to the Oklahoma City Thunder.

Here are five teams the Spurs could potentially trade Leonard to:

The Lakers have been planning to acquire two superstars in free agency and have cleared enough cap space to sign two players to max contracts this season. Los Angeles is targeting George and LeBron James with those spots, and acquiring Leonard in a trade would make them an extremely desirable destination for both players.