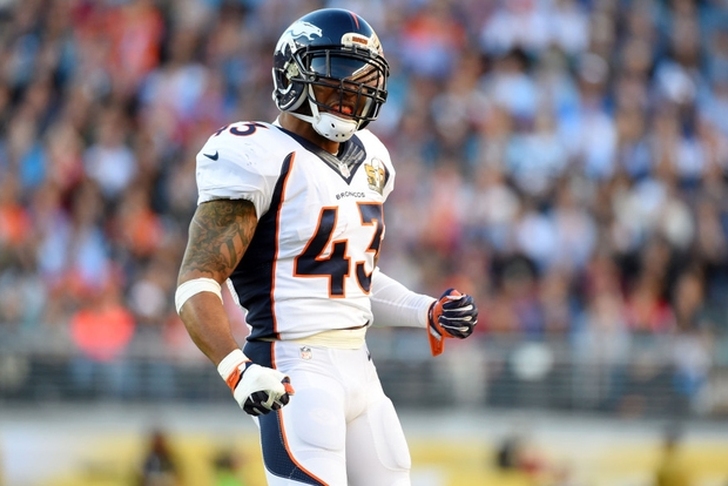 The final week of the NFL preseason is here and there are several trade rumors floating around the NFL. This is the stage in the preseason where trade talks start to heat up more, as teams approach roster cuts and try to deal depth players in order to get something back for them. But there are also some bigger names who are reportedly being shopped before the regular season. Here are latest the NFL trade rumors you need to know:

Hearing from multiple teams that the Browns are aggressively trying to trade CB Joe Haden. Very motivated to move his contract

Haden, despite being a big name with a hefty contract, is not the same player he once was. He's struggled amid injuries the past few years and he's no longer the best CB on the Browns' roster. His contract, featuring about $11 million in base salaries each of the next three years, will be tough to trade.

NOW READ: 5 Teams That Could Trade For Joe Haden

But Haden isn't the only player the Browns are shopping. Mary Cay Kabot of the Cleveland Plain Dealer reports the Browns are looking to trade OL Cameron Erving. He was the No. 19 overall pick in 2015 NFL draft and started most of the games last year at center. But he struggled badly at the position and moved to right tackle. He didn't win the starting job and continues to look like a draft bust. As previously reported, the Browns are still shopping Brock Oweiler.

Broncos Could Trade T.J. Ward
Haden isn't the only notable secondary player who is the subject of trade talks. Denver Broncos T.J. Ward could also be traded.

One veteran name to watch: #Broncos Pro Bowl S TJ Ward. The team has received calls & had trade conversations about him, I’m told.

Rapoprt doesn't mention which teams are interested in Ward. The 30-year-old remains strong in run support and is best near the box. He's in the last year of his contract, which will pay him $4.5 million. Will Parks, a sixth round pick in last year's draft, is the listed backup. The Broncos also like youngster Jamal Carter and could slide Darian Stewart to SS, with Justin Simmons taking over as the starter at FS.

Jets Shopped Matt Forte
The Jets are going to have a rough season and they're rebuilding, so it makes sense they'd shop Matt Forte around the NFL.

Pelissero also adds that the Jets are basically open to dealing everyone. Sheldon Richardson, Marcus Williams and others have been shopped by the Jets. Forte is not the player he was in his prime and will likely be stuck behind Bilal Powell as the leader at RB, so it shouldn't be a huge surprise that the trade market isn't great for Matt Forte.

Check out our NFL page for all the latest NFL Trade Rumors or download the Chat Sports App!