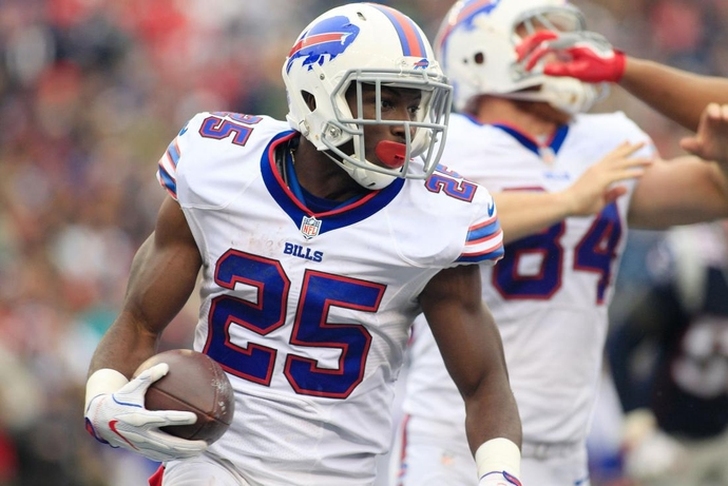 The third week of the NFL preseason is here and there are several trade rumors floating around. This is the stage in the preseason where trade talks start to heat up more, as teams approach roster cuts and try to deal depth players in order to get something back for them. But there are also some bigger names who are reportedly being shopped before the regular season. Here are latest the NFL trade rumors you need to know:

Browns Shopping Osweiler
As recently as Monday, it was reported that the Browns were leaning towards making Osweiler their starting QB. Now, the Browns are trying to deal Osweiler.

#Browns continued to make calls about trading Brock Osweiler before and after start of training camp, per sources. Keeping options open.

Osweiler has looked like Houston Texans Osweiler (i.e. a bad QB) in the preseason, so the Browns are hoping there's another injury that prompts a team to get desperate and make a move for Osweiler. This is not the first time the Browns have shopped Osweiler either. They did the same at the NFL Draft, offering to eat his of his massive $16 million salary. That salary is a major road block in any trade. That, and that Osweiler just isn't good.

As for teams that could be interested, ESPN's Tony Grossi believe the Colts are a trade partner. The Colts might not have Andrew Luck to open the season and for as bad as Osweiler has been, he's better than Scott Tolzien. He has thrown 128 career passes, with two TDs and seven INTs. Still, a deal will be tricky.

If Allen Hurns doesn't play again tomorrow, as a healthy pseudo scratch again... are they shipping him? He's practicing.

That's my guess. We talked about that last night on radio, too. https://t.co/zHgil8xUfl

Trading Hurns won't be easy. He signed a four-year, $40.65 million extension last year and still has over $31.35 million due over the next four years (it was an extension, not a new deal), left on the contract. He's due $7 million this year, with all of that coming via a guaranteed base salary. He has no more guaranteed money after this year, but that's a pricey contract for a player coming off a season in which he caught 35 passes for 477 yards and three TDs in an injury-limited season. The awful QB play doesn't help, but Hurns did catch 64 for 1,031 yards and 10 TDs in 2015. Any team that has interest in Hurns would hope they'd get the 2015 version.

The asking price for Hurns is not clear. But given the contract and rough 2016 season, it likely wouldn't be much. Still, there are teams who are in the market for WR help.

Latest On Bills And McCoy Trade Rumors
The Bills have already made some big trades, dealing WR Sammy Watkins and CB Ronald Darby. The Bills, with a new regime, could still deal more players. RB LeSean McCoy became the subject of trade rumors after a report from Benjamin Allbright that the Bills were entertaining offers. However, Pro Football Talk reports the Bills aren't looking to move McCoy.

So take your pick of sources on which is right, or which you want to believe. For what it's worth, Allbright is sticking by his report. In other Bills trade rumors, LB Reggie Ragland has heard the trade rumors around him, but is choosing to ignore them.

Phillip Dorsett On The Trade Block
This is an older report, as Michael Lombardi reported on the Rich Eisen show that the Colts have Dorsett on the trade block, with the Colts only asking for a late round pick in exchange. The former first round pick has not become the players the Colts thought he would. While battling some injuries, Dorsett has posted just 51 catches for 753 yards and 3 TDs since joining the NFL in 2015. That's bust territory, although Dorsett still has speed and youth on his side.

As for who could try to land Dorsett, the Buffalo Bills, who need outside WR help, could be a fit. The San Francisco 49ers also love speed with Kyle Shanahan, which could make them an option. Those are far from the only options, as plenty of teams could pull the trigger on adding the young, speedy WR.

Check out our NFL page for all the latest NFL trade rumors or download the Chat Sports App!