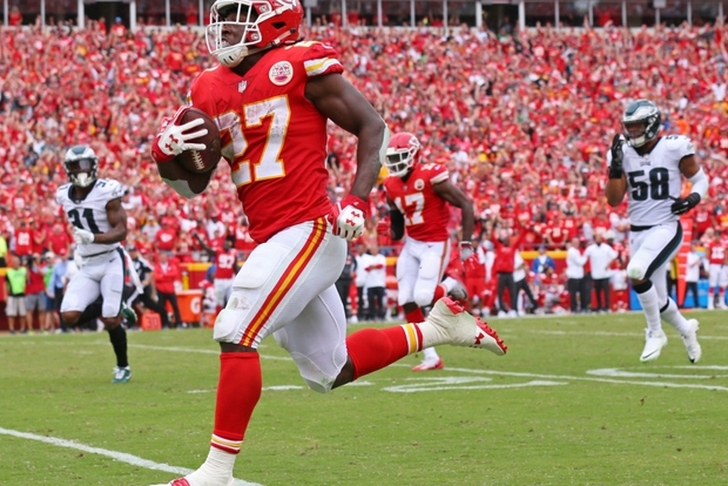 Ahhhhhh! That is my feeling on Week 3 for the NFL Season. The Chat Sports Staff put together our consensus rankings for the NFL Power Rankings. There are some major changes and we struggled with the top 10 but we are confident with our list.

32.) Cleveland Browns (0-3)
Last Week: 29
The Browns are back to being the worst team in our Power Rankings. The Browns lost to the Colts and basically were losing the entire game.

31.) San Francisco 49ers (0-3)
Last Week: 30
The 49ers looked good on Thursday Night Football in probably the greatest Thursday Night Game EVER. How many people took the over 78 point total in this game?

29.) Cincinnati Bengals (0-3)
Last Week: 26
The Bengals scored a touchdown finally and they even took the Packers into overtime which is impressive.

28.) Indianapolis Colts (1-2)
Last Week: 31
The Colts put up 31 points or their ranking from last week. They totally controlled the game against the Browns.

27.) NewYork Giants (0-3)
Last Week: 23
The Giants are 0-3 which is surprising. The worst record in New York which is something I never thought I'd say. Doesn't really make sense since the Bills are the only team that actually plays in New York. I need to get back on track just like thr Giants before this season is a total loss.

25.) Chicago Bears (1-2)
Last Week: 28
Not that I predicted the Steelers to lose to the Bears but Big Ben on the road is not the same as he is at home. The Steelers simply can't win at Soldier Field.

24.) Arizona Cardinals (1-2)
Last Week: 27
The Cardinals outplayed the Cowboys the first half but couldn't keep up with them in the second half. The Cardinals defense didn't look like a total dumpster fire which is a positive sign.

The Dolphins lost to the Jets by two touchdowns. The Dolphins should have been shut out but they scored with 0:00 left on the clock in the ultimate garbage time touchdown.

22.) Houston Texans (1-2)
Last Week: 21
The Texans should have beaten the Patriots. The Patriots have this guy named Tom Brady and he is pretty good and seems to be pretty clutch.

21.) New Orleans Saints (1-2)
Last Week: 24
The Saints marched into Carolina and beat up the Panthers. The defense is still not good and the offense will be better with Willie Snead coming back.
Last Week: 18

20.) Buffalo Bills (2-1)
Last Week: 25
The Bills may be the worst 2-1 team in the NFL. They beat the Jets week one and they beat a Broncos team that struggles on the road. Still, they are 2-1 and have allowed the least amount of yards through three games.

19. Carolina Panthers (2-1)
Last Week: 15
The Panthers offense is non-existent. If they can't score against the Saints will you ever trust them to score? Cam Newton has no receivers and needs to play better. He doesn't look healthy to me.

17.) Tampa Bay Buccaneers (1-1)
Last Week: 10
The Buccaneers lost to the Vikings on the road which isn't so bad. What is bad is making Case Keenum look like Brett Favre. Jameis Winston needs to be better with the amount of talent on that offense.