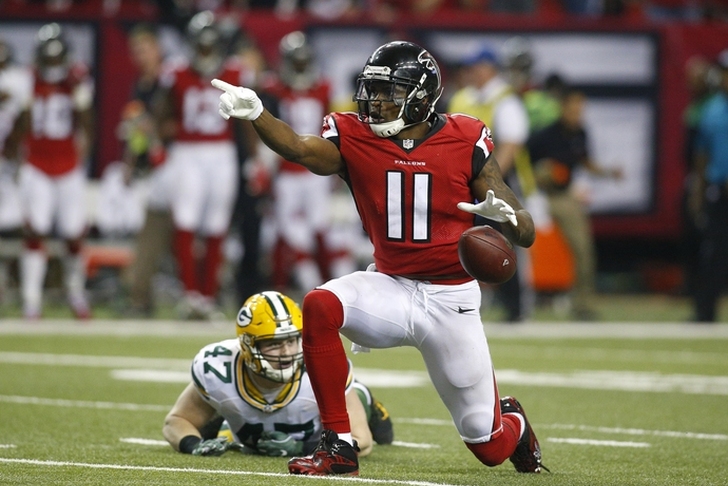 It's amazing how much opinions and team personas change in just one week of football. After two weeks of football, we are able to start to paint a clearer picture. If you want to see Chat Sports NFL Power Rankings Week 2 before reading this week's rankings I think that is a great idea.

Find out where your team ranks!

32.) New York Jets (0-2)
Last Week: 31
Well, the Jets are back to the last place spot on the Power Rankings List. They were embarrassed 45-20 against the Raiders. The Jets best player on offense (Bilal Powell) isn't getting the ball. The Jets are tanking with a bad team. 0-16 is realistic.

31.) Indianapolis Colts (0-2)
Last Week: 32
The Colts move up one spot after almost beat the Cardinals in overtime this week. This team is still really bad without Luck. Their defense did play better which is positive but with a bottom five defense and an offense scoring nine and 13 points the first two weeks isn't a recipe for winning.

30.) San Francisco 49ers (0-2)
Last Week: 30
Playing the Seahawks in Seattle isn't an easy task. That being said the 49ers have still yet to score a touchdown. The one positive from the 49ers is the play of Carlos Hyde. Hopefully, he can stay healthy because if the 49ers lose him then their offense is in big trouble.

29.) Cleveland Browns (0-2)
Last Week: 27
First want to say that I love Joe Thomas, what an Ironman! The Browns haven't been able to run the ball and take pressure off rookie quarterback DeShone Kizer. Corey Coleman is injured and Kenny Britt is in total "Dwayne Bowe Mode," he just looks like he'd rather be on a beach.

28.) Chicago Bears (0-2)
Last Week: 28
Poor quarterback play and now running back Jordan Howard is hurt. The Bears fans want to see rookie Mitchell Trubisky and they might get him soon. The Bears offense is set in neutral unless the ball goes to Tarik Cohen who is the best receiver on the Bears.

27.) Arizona Cardinals (1-1)
Last Week: 24
The Cardinals without David Johnson should be called the little Red Birds. They beat the Colts in overtime. I can't believe how far this team has fallen in my eyes. John Brown is struggling with injuries and the Cardinals offense is old and hard to watch. Luckily their defense can keep them in games.

25.) Buffalo Bills (1-1)
Last Week: 29
The Bills lose and move up four spots. How is this possible? They weren't as bad as the other teams above them. The Bills aren't a good team but they aren't as terrible as the teams above. Also, Bills, Give LeSean McCoy the ball more.

24.) New Orleans Saints (0-2)
Last Week: 21
Is Bob Ryan coaching the Saints defense again? The last time the Saints looked this bad on defense was with Bob Ryan. The offense has failed to score over 21 points and they need to score more than 20 to win games with this defense.

23.) NewYork Giants (0-2)
Last Week: 16
The Giants defense I think has played well. Not as good as last season but they are tired. Tired of watching Eli Manning and his face fail to pick up first downs.This offense isn't clicking and they were hard to watch on Monday Night Football.

22.) Jacksonville Jaguars (1-1)
Last Week: 20
Right when I started to think the Jaguars were going to turn a page in the right direction they take several steps back. Blake Bortles did his best impression of himself failing to play well until garbage time. The defense didn't play nearly as well as they did Week 1 and once again we are saying on paper the Jaguars have a good roster but on the field is where it matters.

21.) Houston Texans (1-1)
Last Week: 22
The Texans defense played well on the road against the Bengals this week but the offense is still a huge question mark. Rookie quarterback DeShaun Watson had one good play which was a 49-yard touchdown run but besides that, his play was mediocre at best. The offensive line play is hard to watch and this