NFL Power Rankings Heading Into Week 16 - Where Do The Dallas Cowboys Rank? 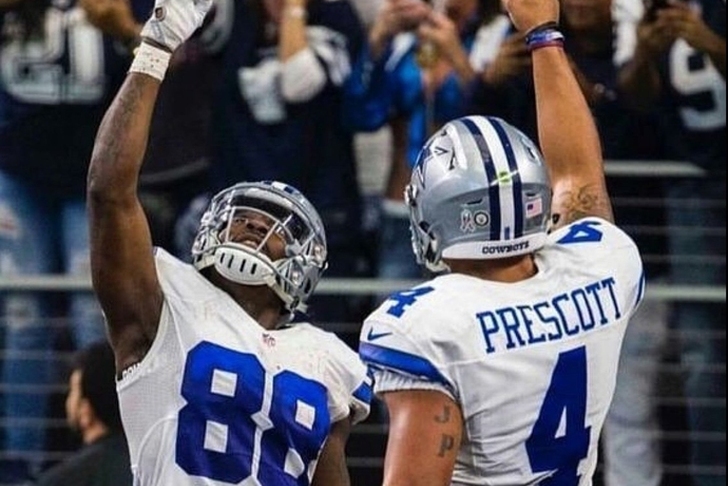 The Dallas Cowboys and Oakland Raiders Sunday Night Game came down to a couple of inches, or actually, a piece of paper. Even though a piece of paper is thin, it is amazing to see the impact it can have on our Power Rankings.  Our methodology behind these rankings is based on which teams our experts think are the best teams in the NFL. If a team wins, they aren't guaranteed to jump up the rankings just like if a team loses, they aren't necessarily guaranteed to fall. Here's a rundown of the NFL Power Rankings heading into Week 16, as voted on by our Chat Sports NFL experts.

21.) Miami Dolphins (6-8)
Last Week: 20
The Dolphins beat the Patriots and then lost to the Bills. Some teams never change.

20.) Oakland Raiders (6-8)
Last Week: 19
What happened to this Raiders offense?  After another game this season scoring under 20 points, when is the blame going to be put on Derek Carr?

19.) Washington Redskins (6-8)
Last Week: 21
The Redskins surrendered 30 plus points two weeks in a row and were able to hold the Cardinals to zero touchdowns. Kirk Cousins continues to carry this offense that has been devastated by injuries this season.

18.) Green Bay Packers (7-7)
Last Week: 18
Aaron Rodgers' return game was spoiled by a better Carolina Panthers team playing solid football. The Packers are out of the playoff race with that loss and the Falcons' Monday Night win.

17.) Tennessee Titans (8-6)
Last Week: 12
I have been saying for weeks now that the Titans are the most overrated team in the NFL this season. They were underdogs to the 49ers entering this game and proved that to be true after losing.

16.) Buffalo Bills (8-6)
Last Week: 16
The Bills take care of the Dolphins holding them to only 16 points and forcing three interceptions against Jay Cutler. The Bills offense was led by Tyrod Taylor and LeSean McCoy, who contributed to all three of the Bills' touchdowns.

15.) Los Angeles Chargers (7-7)
Last Week: 13
The Chargers and Philip Rivers simply can not win in Kansas City. This loss really hurts their chances of making the playoffs this season.

14.) Detroit Lions (8-6)
Last Week: 17
If the Lions win their next two games they have a real shot at making the playoffs, which I think is sad because they aren't a playoff caliber team.

12.) Baltimore Ravens (8-6)
Last Week: 11
The Ravens took care of business against the Browns on the road, forcing rookie quarterback Deshone Kizer to throw two interceptions. If the Ravens win their next two games, they give themselves a real chance at making the playoffs.

11.) Dallas Cowboys (8-6)
Last Week: 14
Three straight wins for the Cowboys and guess who returns this week? Time to feed running back Ezekiel Elliott against the struggling Seahawks.