NFL Power Rankings Heading Into Week 16 - Are The New England Patriots The Best Team In The NFL? 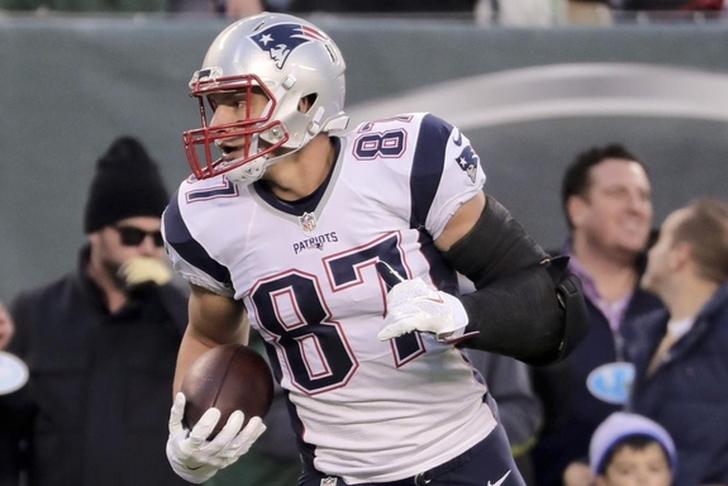 Wow, what an incredible game this past Sunday between the New England Patriots and Pittsburgh Steelers. Not only was that game amazing, it also had big implications for our Power Rankings. Our methodology behind these rankings is based on which teams our experts think are the best teams in the NFL. If a team wins, they aren't guaranteed to jump up the rankings just like if a team loses, they aren't necessarily guaranteed to fall. Here's a rundown of the NFL Power Rankings heading into Week 16, as voted on by our Chat Sports NFL experts.

9.) Atlanta Falcons (9-5)
Last Week: 9
Running back Devonta Freeman led the Falcons to a 24-21 win over the Buccaneers on Monday Night Football. The Falcons are sitting in the 6th playoff spot in the NFC, but have two tough games against the Saints and Panthers, who are both 10-4.

8. Carolina Panthers (10-4)
Last Week: 8
What a huge win for the Panthers against the Vikings in Week 14 following a tough loss to the Saints the week before. They spoiled the return of Aaron Rodgers and have a tough stretch of games coming up against the Saints and Falcons. The Panthers are currently sitting in the playoffs as the fifth seed in the NFC.

7.) Jacksonville Jaguars (10-4)
Last Week: 6
If the Jaguars are going to hold teams to seven points and Blake Bortles throws for 326 yards and three touchdowns, this team will be tough to stop. Starting running back Leonard Fournette also missed this game, but the Jaguars running game was perfectly fine with Corey Grant, Chris Ivory, and Tommy Bohanon.

6.) New Orleans Saints (10-4)
Last Week: 7
The Saints didn't play their best game this past Sunday against the Jets, but it was enough to get the win. When you can run the football with two running backs and have Drew Brees calling hike, that is a tough combination to stop. If the Saints win out, they will be NFC South champs.

5.) Los Angeles Rams (10-4)
Last Week: 5
The Rams marched into Seattle and absolutely whooped the Seahawks 42-7. The win gives them a one-game lead over the Seahawks in the NFC West. If the Rams win their matchup against the Titans this week, they will win the division.

4.) Minnesota Vikings (11-3)
Last Week: 3
Vikings took care of business against a weak Bengals team winning 34-7 at home. With that win, they have clinched a playoff spot and the NFC North for the second time in three years. In Week 16 they will have to travel to Green Bay to play Aaron Rodgers and the Packers.

3.) Pittsburgh Steelers (11-3)
Last Week: 1
Last week was the first time the Steelers were the number one team in the power rankings after a close 39-38 win over the Ravens. They drop two spots in the Power Rankings after losing to the Patriots on a last-second interception following a controversial call. Not only did the Steelers lose the game, they also lost the best wide receiver in the NFL for the remainder of the regular season and possibly a playoff game if they don't secure a first-round bye.

2.) Philadelphia Eagles (12-2)
Last Week: 4
Starting quarterback Carson Wentz is out for the season with a torn ACL. He was the front-runner for MVP and replacing him will not be easy, dare I say impossible. Nick Foles did, however, play well at the end of the Rams game doing just enough to extend drives while leading the Eagles to a win. Foles did the same against the Giants, winning a close game on the road 34-29.

1.) New England Patriots (11-3)
Last Week: 2
In to Maybe the game of the year between the top two teams on our Power Rankings, the Patriots won 27-24 against the Steelers in Pittsburgh. The Patriots scored 11 points in the fourth quarter and held the Steelers to zero, which is why they were able to win the game. With that win, the Patriots are the new number one team in the Power Rankings and the first seed in the current AFC playoff picture.