NFL Power Rankings Heading Into Week 15 - Where Do The Oakland Raiders Rank? 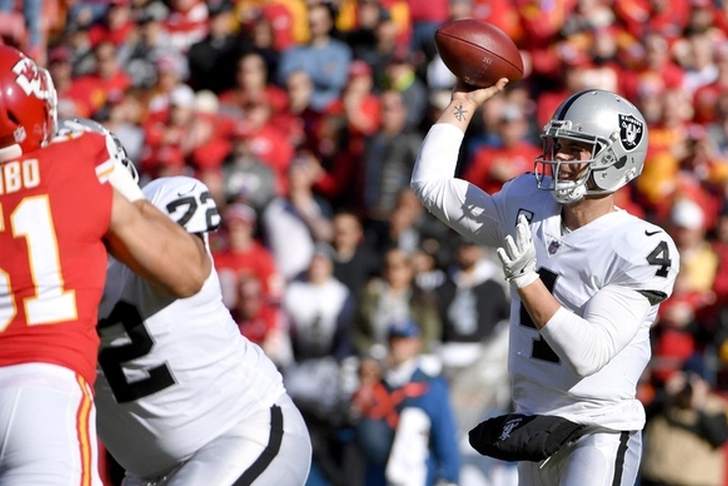 Week 14 started off with the Atlanta Falcons winning against their NFC South rival, the New Orleans Saints, 20-17 at home on Thursday Night Football. Our methodology behind these rankings is based on which teams our experts think are the best teams in the NFL. If a team wins, they aren't guaranteed to jump up the rankings just like if a team loses, they aren't necessarily guaranteed to fall. Here's a rundown of the NFL Power Rankings heading into Week 15, as voted on by our Chat Sports NFL experts.

21.) Washington Redskins (5-8)
Last Week: 20
The Redskins have surrendered 30 plus points in two straight weeks and haven't scored more than 14. That's not a solid combination in terms of winning games. The Redskins have a ton of injuries on offense that look to be catching up with them now at the end of the season.

20.) Miami Dolphins (6-7)
Last Week: 24
This is not a typo, the Dolphins beat the Patriots 27-20. They deserve a lot of credit in this one making life difficult for Tom Brady.

19.) Oakland Raiders (6-7)
Last Week: 16
What happened to this Raiders offense? Yet, with only six wins, the Raiders still have a chance of making the playoffs with a win in Week 15.

18.) Green Bay Packers (7-6)
Last Week: 19
The Packers almost lost to the Browns, which isn't good, but the only thing people care about now is if Aaron Rodgers will start in Week 15.

17.) Detroit Lions (7-6)
Last Week: 18
After a bad loss to the Ravens last week, the Lions bounce back nicely on the road and get a three-point win against the Buccaneers

16.) Buffalo Bills (7-6)
Last Week: 17
The Bills come away with a win in overtime against the Colts in a winter wonderland game. The only thing I learned from this game is that LeSean McCoy is really good in games where it snows.

15.) Kansas City Chiefs (7-6)
Last Week: 15
With a Chiefs win they are still in first place of the division but will host the Chargers this weekend, who are red hot right now.

14.) Dallas Cowboys (7-6)
Last Week: 14
The Cowboys held the Giants to only 10 points and quarterback Dak Prescott threw for 332 yards and three touchdowns.

13.) Los Angeles Chargers (7-6)
Last Week: 13
The Chargers have now won seven of their last nine games, and sit right with the Chiefs for the division lead.

12.) Tennessee Titans (8-5)
Last Week: 10
The Titans are proving to be one of the most overrated teams in the NFL after a 12-7 loss to the Cardinals. Even though the Titans have eight wins, they seem like a team without an identity who could easily be 5-8.

11.) Baltimore Ravens (7-6)
Last Week: 12
Even though the Ravens lost to the Steelers, they played them very tough all the way down until the end. Losing 39-38 to one of the best - if not the best - team in the NFL is nothing to be upset about.