NFL Power Rankings Heading Into Week 15 - Are The Pittsburgh Steelers The Best Team In The NFL? 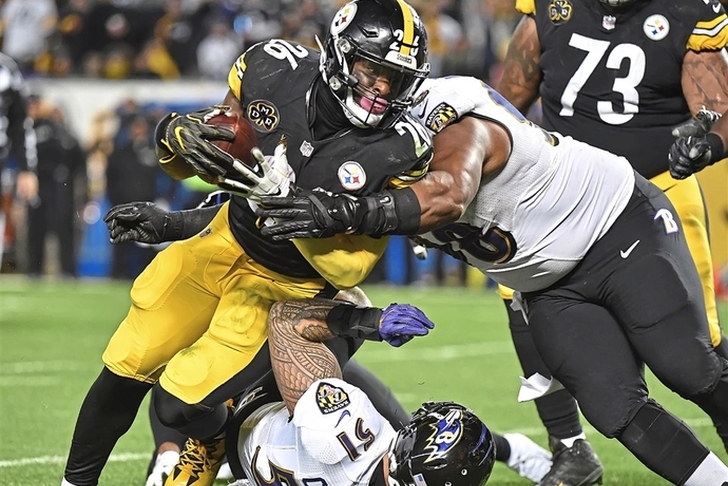 Probably the best game from this past Sunday was the Philadelphia Eagles' 43-35 win over the Los Angeles Rams. That game also had big implications for our Week 15 Power Rankings. Our methodology behind these rankings is based on which teams our experts think are the best teams in the NFL. If a team wins, they aren't guaranteed to jump up the rankings just like if a team loses, they aren't necessarily guaranteed to fall. Here's a rundown of the NFL Power Rankings heading into Week 15, as voted on by our Chat Sports NFL experts.

10.) Seattle Seahawks (8-5)
Last Week: 7
After the Seahawks huge win over the Eagles in Week 13, they fell short against the Jaguars, 30-24. Russell Wilson tried to lead his team back at the end of the game but just fell short. They need to brush this loss off because their biggest game of the season is this week against the Rams. The winner of this game may decide who wins the division.

9.) Atlanta Falcons (8-5)
Last Week: 11
Matt Ryan and the rest of the Falcons offense didn't play well on Thursday Night Football. Even though Ryan threw three interceptions, the Falcons found a way to win. With that win, the Falcons are currently sitting at the sixth seed in the NFC playoff picture and control their own destiny.

8. Carolina Panthers (9-4)
Last Week: 9
What a huge win for the Panthers against the Vikings following a tough loss to the Saints the week before. Jonathan Stewart scored three rushing touchdowns carrying his team to victory. The Panthers play the Packers this week, and Green Bay may get Aaron Rodgers back. The Panthers are currently sitting in the playoffs as the fifth seed in the NFC.

7.) New Orleans Saints (9-4)
Last Week: 5
Losing Alvin Kamara early against the Falcons really hurt the Saints offense ability to move the ball. They still are in first place in the division but have the Jets this week before a possible revenge game against the Falcons at home in Week 16.

6.) Jacksonville Jaguars (9-4)
Last Week: 8
Is it safe to say the Jaguars have the best defense in the NFL? They have forced the most turnovers (30), they have the most sacks (47) and have allowed the least amount of points (202). Not only is the defense great but Blake Bortles is taking care of the ball and allowing his running game to dictate the offense.

5.) Los Angeles Rams (9-4)
Last Week: 6
Even though the Rams lost, they shouldn't hang their heads considering how good the Eagles are this season. The biggest game of the year is this week for the Rams - beat Seattle and they can essentially lock up the NFC West.

4.) Philadelphia Eagles (11-2)
Last Week: 1
After a tough loss on the road to the Seahawks, the Eagles bounce back nicely against the Rams. Even though they won the battle, they may have lost the war since quarterback Carson Wentz is out for the season with a torn ACL. He was the front-runner for MVP and replacing him will not be easy, dare I say impossible. Nick Foles did, however, play well at the end of the Rams game doing just enough to extend drives while leading the Eagles to a win.

3.) Minnesota Vikings (10-3)
Last Week: 3
Plain and simple the Panthers were more physical than the Vikings, which is why they lost. Carolina was able to win the battle of the trenches which prevented the Vikings to be able to run any play action. The Vikings will return home and get a struggling Bengals team who just lost 33-7 to the Bears on Sunday.

2.) New England Patriots (10-3)
Last Week: 2
Pinch me, am I dreaming? The Patriots lost on Monday Night Football to the Miami Dolphins 27-20. Not having tight end Rob Gronkowski on the field really limited the Patriots offense, and combined with their lack of rushing attempts, New England had a predictable offense that didn't fool the Dolphins. Brady struggled in this game but he and the rest of the team need to bounce back as they play the Steelers this week. Winner of this game will more than likely decide who gets home field advantage in the playoffs.

1.) Pittsburgh Steelers (11-2)
Last Week: 4
For the first time this season, the Steelers are the number one team in the power rankings after a close 39-38 win over the Ravens combined with the Patriots, Vikings losing in Week 14 along with the Eagles losing Wentz. Ben Roethlisberger has been playing better plus they have the best running back and wide receiver in the NFL, making this offense hard to stop. However, it isn't only their offense that is playing well. The Steelers' defense has been great allowing only 19.3 points per game, which is the seventh-best in the league. Pittsburgh has traditionally been one of the best at getting after the quarterback and that trend has continued, as they have 41 sacks this season, which is the second most in the NFL. A great offense and defense is why the Steelers are the new best team in the NFL.