NFL Final: The 5 Main Takeawys You Need To Know From Week 2's Action 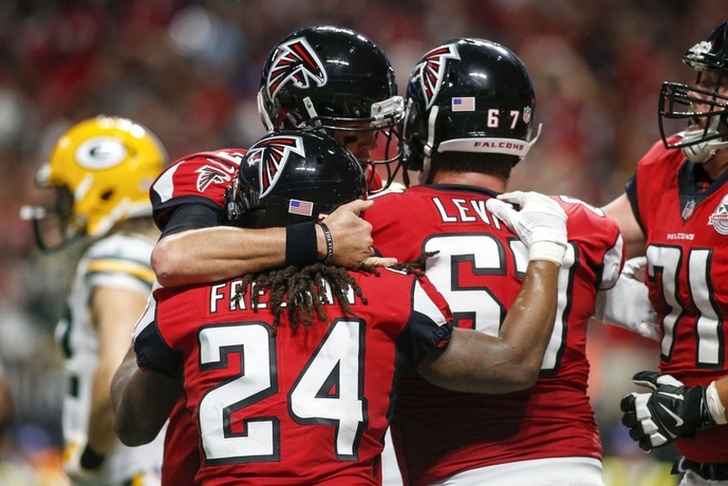 Week 2 is officially over and as Bill Belichick says onto Week 3. I actually can't even believe we already have two weeks of football in the books. Pretty amazing how times flies when you're having fun. Before we move onto Week 3 let's look back at Week 2 and the five biggest takeaways from the week.

1.) Brady and the Patriots will be A-Ok
The Patriots won 36-20 and could have won by waaaaaay more! The Patriots were up 30-13 at the half and were in total control and then took their foot off the gas pedal after sustaining a few injuries. One of the injuries was too tight end Rob Gronkowski. To get the full story on the injury, find it here: Gronk Injury Update. The defense held the Saints to 20 points at home and a late touchdown in garbage time. The Patriots and Brady seem to be perfectly fine.

2.) No Super Bowl Hangover for the Falcons
I will apologize to the Falcons and say I thought they would lose to the Packers. I was really wrong the Falcons gave Aaron Rodger and the Packers offense fits and the Falcons on offense looked like the 2016 Falcons. Matt Ryan was leading a well-oiled machine up and down the field and the running backs Devonta Freeman and Tevin Coleman finishing drives with touchdowns.

3.) Kareem Hunt is the Truth
His numbers are so good they are hard to believe

A dream start for @Kareemhunt7 and his #FantasyFootball owners. On pace for 2,840 total scrimmage yards and 40 TDs lol. #ChiefsKingdom pic.twitter.com/eay1uj3Dub

He can do it all and is a focal point of a Chiefs offense that is run by Andy Reid who has shown he isn't afraid to lean on a running back.

4.) The Bengals are in Trouble
Two home games and zero touchdowns for the Bengals has led them to fire offensive coordinator Ken Zampese. When players like A.J. Green are vocally upset about how the team is performing this is when you know it's a major issue. The Bengals are 0-2 and will probably fall to 0-3 when they travel to Lambeau Field to play the Packers.

5.) The Jaguars and Chargers haven't made a Step forward
The Jaguars won in Week 1 easily against the Texans on the road and then get absolutely blown out at home. Blake Bortles did his normal Bortles things and waited until the fourth quarter and garbage time to start scoring points. The Chargers also disappointed me as they fell to 0-2. They just can't win close games and are now 1-10 the last two seasons in games decided by 7 or fewer points.