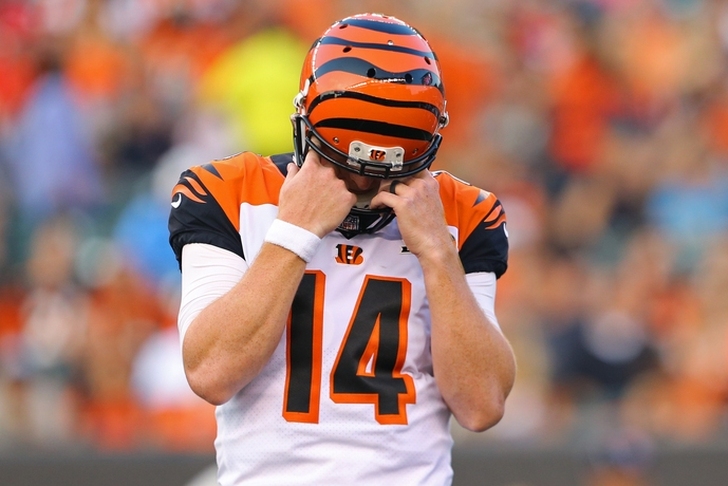 Week 2 of the NFL season is almost in the books which translate to a ton of breaking news and rumors to cover. Chat Sports will give you the inside scoop on the Cincinnati Bengals quarterback situation with Andy Dalton, an update on Rob Gronkowski's injury and the trade talks surrounding Alex Smith.

With plenty of Bengals thinking Andy Dalton is on a short leash, Colin Kaepernick's name emerges in the locker room https://t.co/2dyQnO6vH7

After a rough start for Andy Dalton and two full games, the Bengals have yet to score a touchdown. People are pointing their fingers at quarterback Andy Dalton due to his poor play. In eight quarters Dalton has five turnovers and a QB rating of 47.2 which just simply isn't getting it done. It also seems like some of the Bengals players are done with Dalton too and want the Bengals to sign Kaepernick. Stay tuned for this story because this would be groundbreaking.

From @gmfb: At this point, the groin injury to #Patriots TE Rob Gronkowski is not believed to be serious. Will test it today to be sure.

Patriots fans and fantasy football players can take a deep breath. It looks like Gronkowski will be just fine. It seems like Gronkowski didn't come back into the game since the Patriots were comfortably winning at the time. Gronkowski when on the field is a total game changer and is maybe the biggest mismatch in the NFL. We will keep you updated on Gronk for Week 3.

Alex Smith has been great this season and is a major reason why the Kansas City Chiefs are 2-0 and possibly the top team on Chat Sports MVP Power Rankings after Week 2. This is Smith's 13th season which means his time is almost up. The Chiefs drafted rookie quarterback Patrick Mahomes in the first round of the 2017 NFL Draft. Mahomes is the future and it looks like he may be the starter next season. If Smith keeps playing this well there is no doubt that teams will be interested in him next year.

If you are craving more rumors around the NFL, here are some other top the NFL rumors and news you need to know: