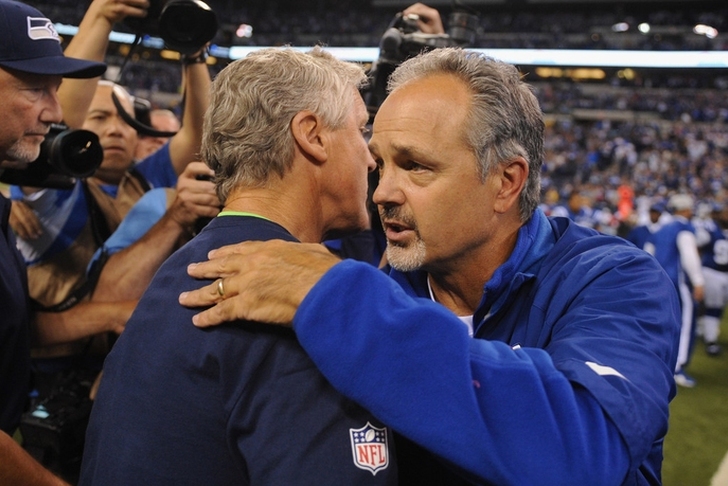 The NFL regular season will be over after a Sunday jam-packed with 16 games. Many coaches may also be coaching in their last game with their respective teams as it's common for struggling franchises to fire coaches after the game or on "Black Monday."  Before we get ahead of ourselves, here are the latest NFL coaching news and rumors you need to know:

Marvin Lewis Done in Cinncinatti?
After 15 seasons as the head coach of the Cincinnati Bengals, Marvin Lewis is planning to leave the team to pursue opportunities elsewhere. Lewis has coached in 237 games, which is the second most among active coaches in the NFL. He has a winning percentage of .525 in the regular season but is 0-7 in the playoffs.

Lewis had drawn the ire of the Bengals fanbase for his failure to win in the postseason and the team's recent struggles. For many Bengals fans, the report of Lewis electing to step away is welcome news.

Carroll is currently the oldest head coach in the NFL at 66 years old. He is in his eighth season as Seattle's head coach and leads the franchise to their first-ever Super Bowl title (Super Bowl XLVIII).

He is 79-47-1 in his tenure with the Seahawks and his win percentage of .626 is the best in franchise history.

John Fox Expected To Be Fired
The Chicago Bears are expected to fire head coach John Fox after their Week 17 game against the Minnesota Vikings. The move will end Fox's tenure after three years, all of which resulted in last-place finishes in the NFC North. With Fox likely gone, the Bears will look to find a head coach who can help develop 2017 first-round pick Mitchell Trubisky into a franchise QB.

The Bears' search will be led by general manager Ryan Pace, who originally hired Fox. Expect Pace to target an offensive-minded coach to help Trubisky and a struggling offense. If that's the case, the Bears could attempt to keep defensive coordinator Vic Fangio (whose contract is up) on the staff. Fangio might get a courtesy head coach interview, but he's likely not a serious candidate.

Chuck Pagano Era Over?
The Chuck Pagano Era for the Indianapolis Colts may be over. While Pagano hasn't been officially fired, the expectation is he will be after Week 17's game against the Houston Texans. Pagano has posted a 52-43 record with the Colts, including three straight 11-5 years to start his tenure. However, his last three years have not gone well with two 8-8 campaigns and now a 3-12 mark without star QB Andrew Luck.

Owner Jim Irsay has flirted with firing Pagano in the past, but it seems he'll finally pull the trigger this year. General manager Chris Ballard will get to make his first hire and the Colts' job is one of the more attractive ones out there.

Jim Caldwell Gone?
The Detroit Lions are expected to fire head coach Jim Caldwell after their Week 17 game against the Green Bay Packers. Caldwell made the playoffs last year, but the Lions blew a shot to return this season. After winning 11 games in his first year, Caldwell never had double-digit wins in his other three seasons with Detroit.