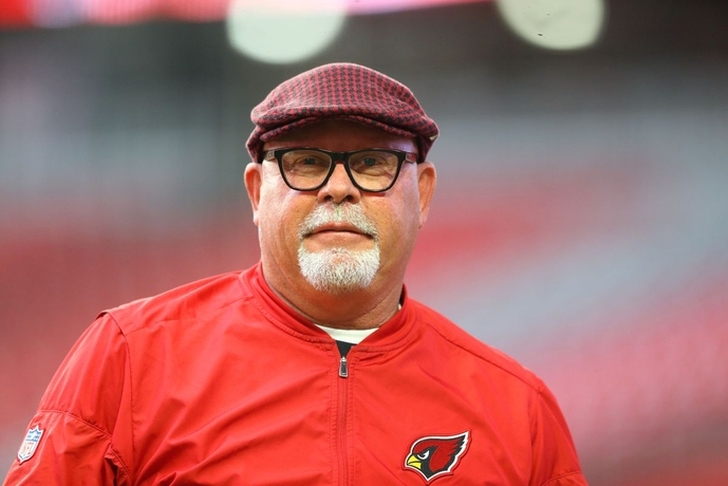 As expected, Black Monday didn't come and go without a few coaches getting fired or retiring. The Chicago Bears parted ways with John Fox and Bruce Arians retired, leaving the Arizona Cardinals looking for a new head coach. Even though both Chicago and Arizona aren't in the playoffs, they are still competing against each other on the coaching market. Four other teams - the Colts, Giants, Lions, Raiders - are looking for a new head coach as well.

Bears vs. Cardinals for John DeFilippo
Philadelphia Eagles quarterback coach John DeFilippo is a popular name for many teams looking for a head coach because of his work this season with second-year quarterback Carson Wentz. Before suffering a torn ACL, Wentz was having an MVP-caliber season, passing for 33 touchdowns and 3,296 yards in only 13 games. Now, the Bears and Cardinals both need quarterbacks to develop and DeFilippo is a possible target for both teams.

Mike Garafolo of the NFL Network reported that the Bears are setting up an interview with DeFilipp later this week and his work with Wentz made him a legitimate candidate. Chicago traded up in the 2017 NFL Draft for quarterback Mitchell Trubisky and Filippo could possibly help Trubisky in his second season progress like Wentz.

The Bears will, however, have some competition for the Eagles OC. The Cardinals are also expected to interview DeFilippo, according to ESPN's Adam Schefter. Arizona will likely draft a quarterback early with the announcement of quarterback Carson Palmer retiring, making DeFilippo a great option.

Broncos Will Interview Mike Sullivan
There were rumblings that first-year head coach Vance Joseph would be fired after a disappointing 5-11 season, finishing last in the AFC West. The Denver Broncos and general manager John Elway have elected to keep Joseph for 2018.

The Achilles heel of this team this season was the poor quarterback play of Trevor Siemian, Paxton Lynch, and Brock Osweiler. That trio combined for 19 passing touchdowns to 22 interceptions and are a major reason why the Broncos will be looking for a quarterbacks coach. New York Giants offensive coordinator Mike Sullivan will interview for the Broncos QB coaching job, according to Mike Garafolo.

Sullivan has coached in the NFL since 2004, when he started his career with the Giants as the wide receivers coach. He then was the team's quarterbacks coach for two seasons before taking a job with the Tampa Bay Buccaneers as the offensive coordinator.  After three seasons with the Buccaneers, Sullivan returned to New York where he has been for the past three seasons.