5 Teams That Could Trade For Alex Smith This Offseason 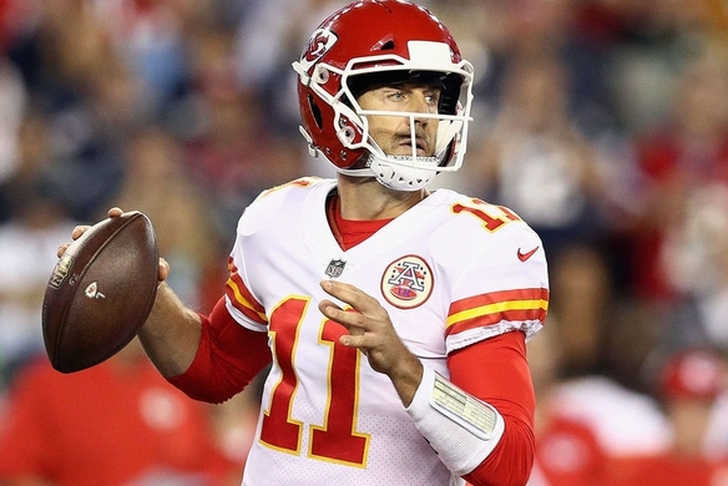 Alex Smith has been one of the biggest surprises of the young NFL season, ranking in the top five in the league in every major passing category while leading the Kansas City Chiefs to an impressive 2-0 record. However, no matter how good he performs this season, the Chiefs are planning to trade him in the offseason in order to let No. 10 overall pick Patrick Mahomes take over the offseason. When that happens, here are the five teams that are the most likely to trade for him:

4) Los Angeles Chargers
Philip Rivers is going to be the man for the Chargers as long as he chooses to play - it's just unclear how much longer that will be. Rivers has considered retirement each of the past few offseasons, and while Los Angeles expects him to play a few more seasons, it's not out of the realm of possibility for him to walk away after this year.

The Chargers traded for Cardale Jones in hopes that he can be Rivers' long-term replacement, but there are questions about how realistic that thought is. LA would probably also love to draft a quarterback high in the first round, yet they may not be in a position to do that. Smith would present a good option should those things not break their way.

3) Buffalo Bills
It's no secret that the Bills aren't entirely satisfied with Tyrod Taylor under center, but it's also very likely that they won't be in a position to draft one of those top three quarterbacks. Buffalo would prefer to trade up to draft one of those signal callers, yet with the way Smith is playing, they may decide that he's enough of an upgrade to make a deal for him.

2) Jacksonville Jaguars
Blake Bortles isn't the answer in Jacksonville. However, they built a roster that was designed to grow with him. That roster has grown, but Bortles hasn't. As a result, they have a win-now roster full of veterans (especially defensively) and talented young players that are being held back by one of the league's worst quarterbacks. Instead of suffering through more sub-par years with another developing quarterback, trading for Smith would make the Jaguars relevant. Expect them to explore that option this offseason.

1) Arizona Cardinals
The Cardinals are another team with a win-now roster, but it's also clear that Carson Palmer is at the end of his career. They don't want to waste a few years while they wait for a young quarterback to develop and will likely look to trade for a quarterback should Palmer choose to retire after the season (which he may do). With Smith being the best quarterback available on the trade market, he would figure to be their top target.