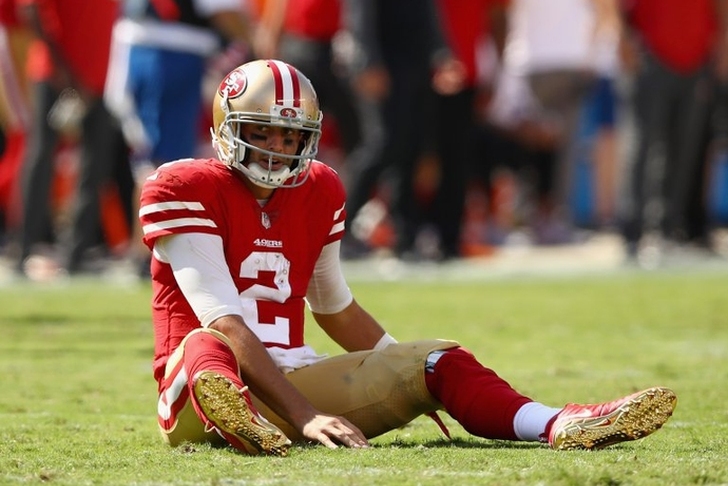 Week 3 of the NFL season kicks off tomorrow night with the San Francisco 49ers taking on the Los Angeles Rams. The ongoing Ezekiel Elliott saga continues to dominate headlines since his suspension could potentially be reinstated by the end of the week. Elsewhere, several teams are still facing questions at the quarterback position and many others are dealing with injuries as the season approaches. Here are all the latest NFL news & rumors you need to know:

Jets deny tanking this season
The New York Jets have looked dreadful this season, getting losing handily to both the Buffalo Bills and Oakland Raiders through the first two weeks of the season. The results weren't unexpected - the Jets figure to be one of the worst teams in the league this year, which many think is by design in order to get a high draft pick and draft a potential franchise quarterback.

However, Jets CEO Christopher Johnson denies that the team is tanking in order to get a high pick.

“It couldn’t be further from the truth,” Johnson said, via Darryl Slater of NJ.com. “I want to win every game. Every player in that locker room wants to win. What you’re seeing, I think, are growing pains. These are young guys. There are some older guys on the team. Some of them, they’re doing an extraordinary job. But I think you’re going to see this team get better and better and better. That’s what I’m looking for. And we are definitely not tanking.

New York has their home opener on Saturday against the Miami Dolphins.

Kyle Shanahan challenges Brian Hoyer to play better
The San Francisco 49ers are another struggling team that is expected to select a quarterback high in the 2018 NFL Draft, but they signed Brian Hoyer this offseason to serve as their starter all year. That said, head coach Kyle Shanahan is not happy with how Hoyer has played and is challenging him to perform better.

San Francisco is one of two teams in the league that hasn't scored a touchdown yet this season, scoring just four field goals in their first two games combined.

Hoyer's 60.7 passer rating is only better than DeShone Kizer's and Andy Dalton's this season. He has thrown for 292 yards with no touchdowns and two interceptions.

Sam Bradford's status for the weekend still uncertain
Minnesota Vikings quarterback Sam Bradford missed last week's loss to the Pittsburgh Steelers with a left knee injury, and he remains day-to-day as his status for Sunday's game against the Tampa Bay Buccaneers is still undetermined.

"I would like to think that they're good but I think a lot of it just depends on how my knee responds when we go out there in practice this week," Bradford said of possibly playing on Sunday. "Hopefully it will continue to get better, but I think a large part of that is depending on how it responds."

Bradford threw for 346 yards and three touchdowns in Minnesota's Week 1 win over the New Orleans Saints.