These Are The Best 7 Offenses In College Football This Season 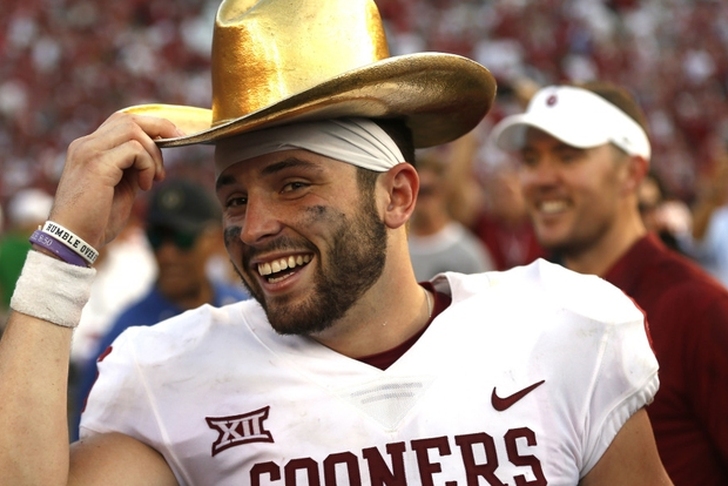 After seven weeks of college football, we have a good sample size of who the best offenses are in the country.

You May Also Like: 2017 Heisman Trophy Power Rankings Week 7

7.) West Virginia
West Virginia had a good win against Texas Tech 46-35. West Virginia averages the sixth most yards per game and has scored 35 offensive touchdowns which is the 5th most in the country.

6.)  UCF
In five games this season UCF has scored 31 offensive touchdowns and is fifth in the country in total yards per game. They are averaging 8.05 yards per play which can only be said by three teams.

5.) Lousiville
The Cardinals have the most explosive player in college football, last year's Heisman Lamar Jackson. He is basically the entire team on offense. They average the 4th most yards a game and with 531 plays from scrimmage they run a ton of plays to make the defense tired.

4.) Alabama
Even though Alabama is 15th in the country in yards per game they have scored 36 offensive touchdowns this season. It is tied for second most in all of college football.
Alabama Fans Like and Follow Saban's Crimson Tide by Chat Sports

3.) Oklahoma State
They lead all of college football in total yards with 610.7 a game. They have scored 35 touchdowns and average 8.35 yards per play.

2.) Ohio State
Ohio State has been rolling the last four weeks scoring over 54 points the last weeks. They have scored the most touchdowns in college football with 43 and that's why they are number two.

1.) Oklahoma Sooners
The Sooners lead the country in 8.57 yards per play. They have scored 33 touchdowns in six games and have the best quarterback in the country right now.