We are officially at the midway point of the college football season and the Heisman Trophy race is starting to ramp up. It's obvious to most that Penn State RB Saquon Barkley is the clear front runner, but the remaining 4 are basically a mystery. So with that in mind, here are the top 5 players in the Heisman race. 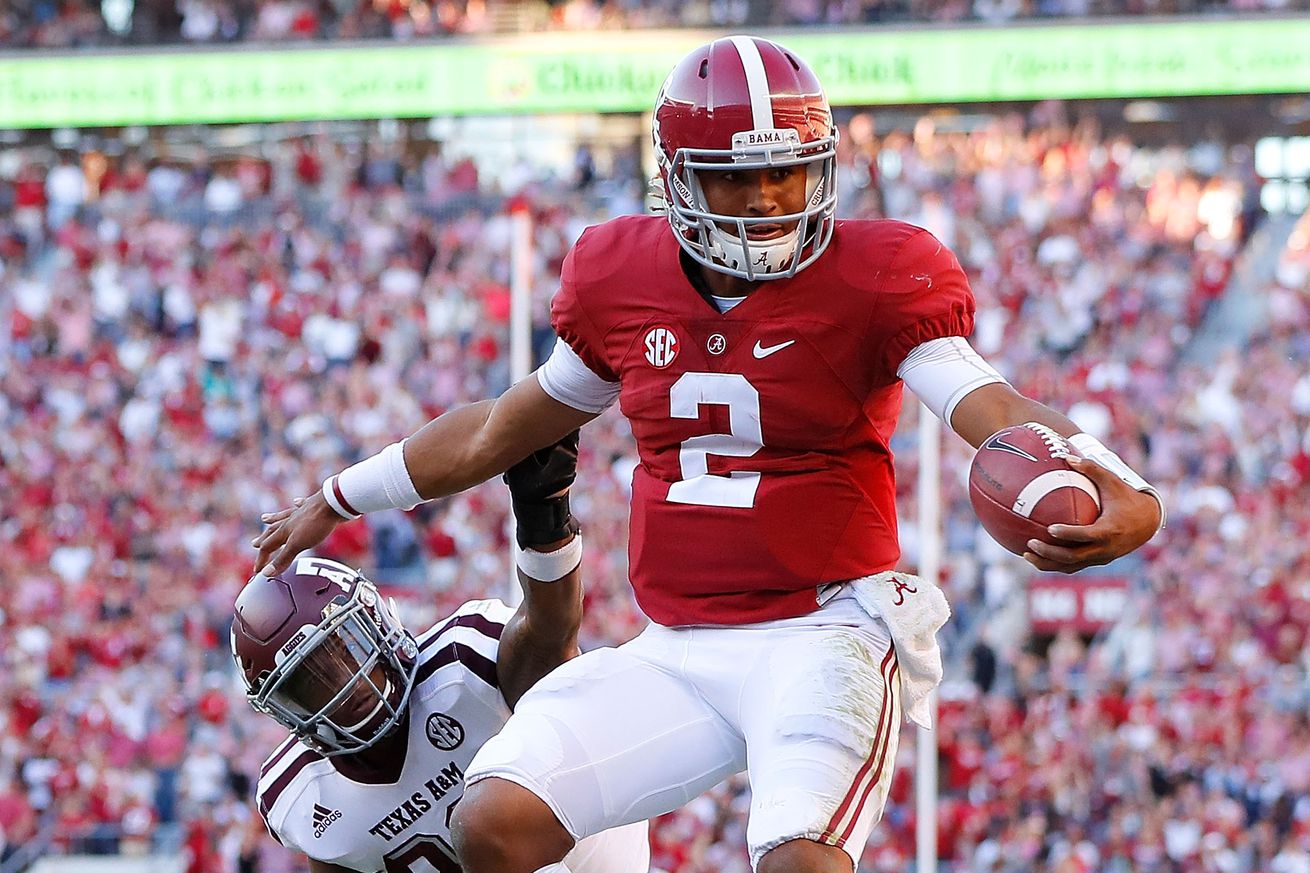 His overall statistics this year might not impress you, but I love his consistency and calm demeanor as the leader of the #1 team in the country. He doesn't turn the ball over, he doesn't try to do too much, and his ability to make plays with his arm and his legs makes him one of the most versatile players in the country. At this point, the arrow is pointing up on the Sophomore QB as the Crimson Tide continue their hunt to the playoff.

Poor, poor Oklahoma. It's the 7th straight year they have been double-digit favorites over an unranked team and lost. While that isn't Baker Mayfield's fault, it's tough to win a Heisman with that kind of loss under your belt. Now, we may be having a much different conversation if they sweep the rest of their Big 12 play, but for now, Baker Mayfield sits at #4 on our rankings.

This photo is basically what every defender who has played Stanford has seen this season; Bryce Love breaking a tackle in the open field and scoring a very long touchdown. Love has been putting up Barry Sanders-level stats through the first half of the season with 0 signs of slowing down anytime soon. He currently leads the FBS in rushing yards on his way to bringing Stanford back into the Top 25.

You can now listen to Chat Sports | College Football Podcast which can be found on iTunes and Google Play: 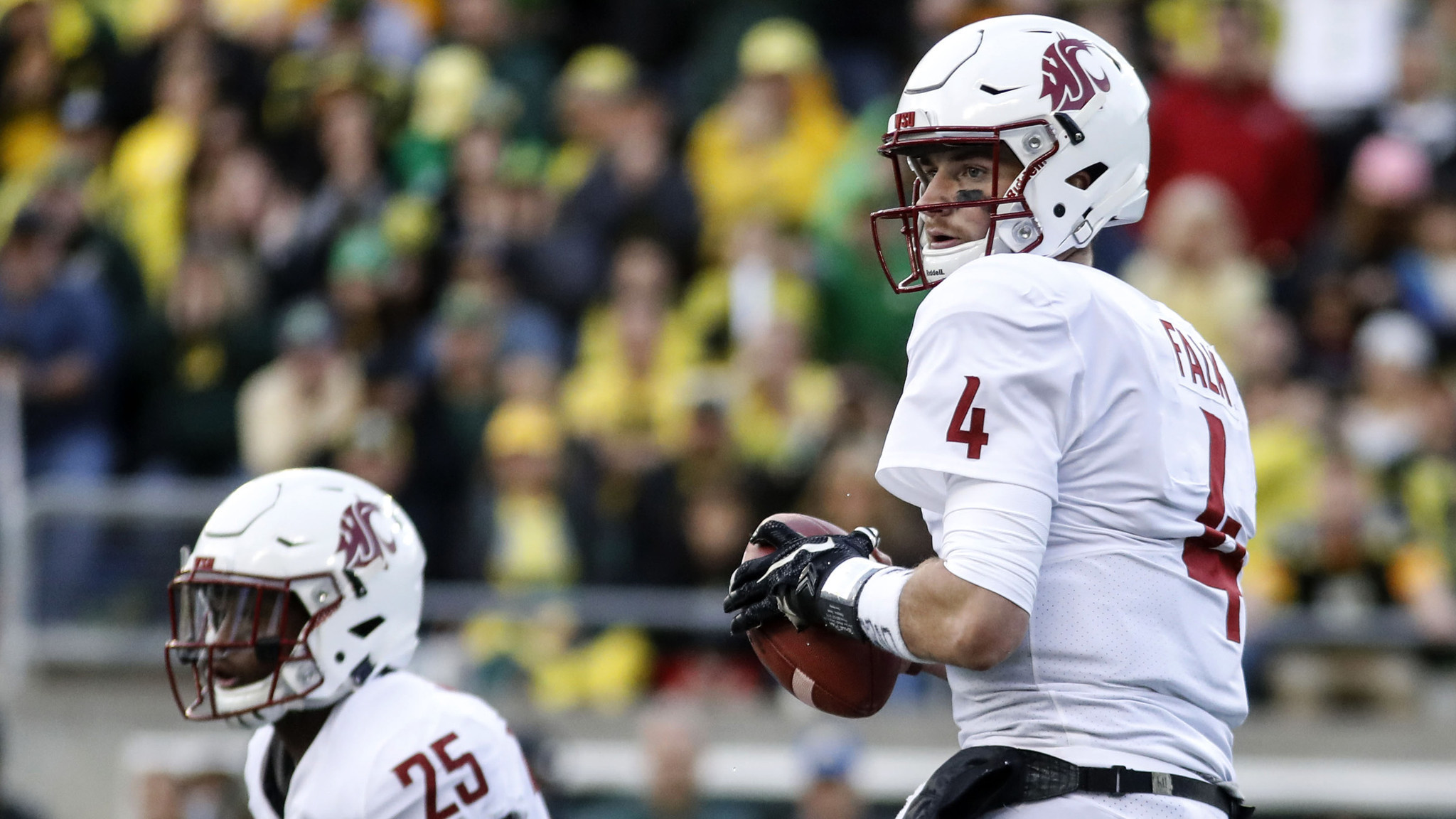 If you're wondering why Washington State has been so good this year, it's because of the leadership and consistency of their QB, Luke Falk. His season numbers are quite good and his efficiency this season has been impressive. So far, he has shown an ability to step up in big games and their game against Washington to end the season could very well decide the Pac-12. 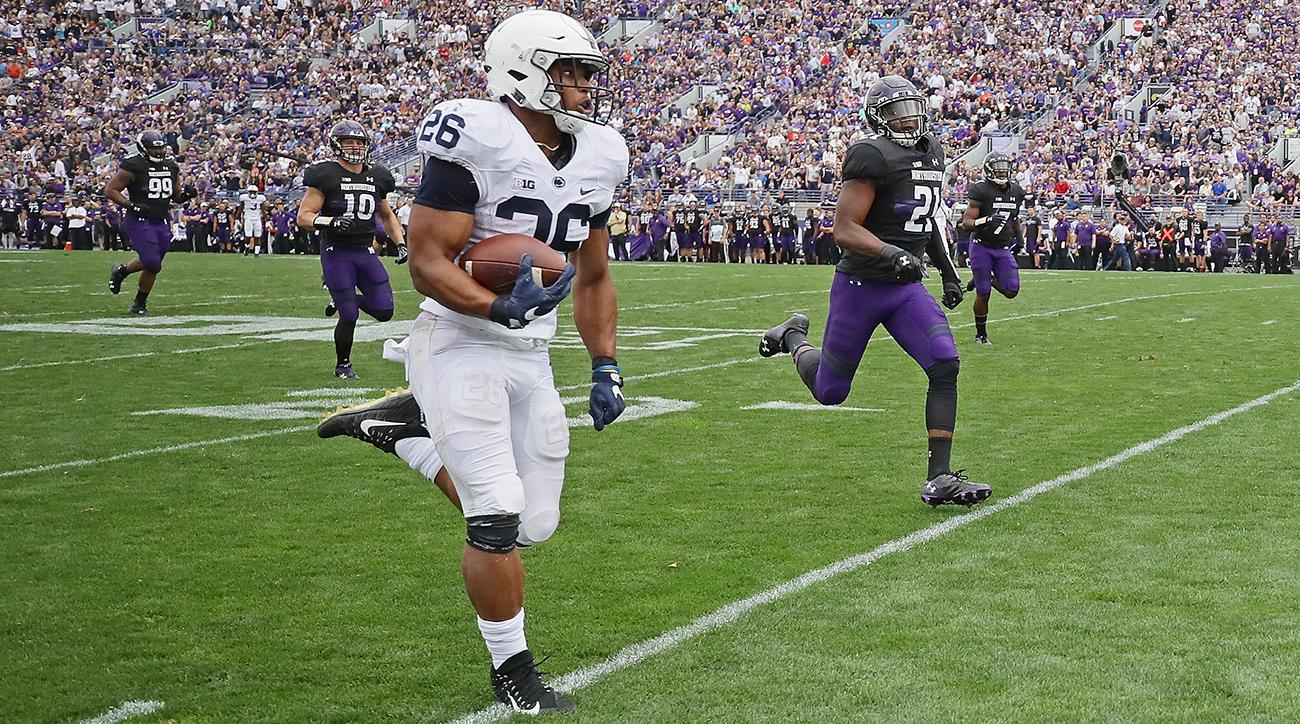 At this point, could it really be anyone else? He had a slow start to the game against Northwestern on Saturday, but still ended up scoring a TD on an impressive leap over the goal line and then broke a 50+ yard TD to put the game away. At this point, the Heisman Trophy is Barkley's to lose, but with Michigan and Ohio State back to back coming off of their bye week, things might just get a little tougher for the future 1st round pick.

Check out Harris and Tom discuss the Heisman top 5 below: