Rauf Report: Kevin Ollie's Job Status, What To Make Of Kentucky & More Takeaways From The Week Of College Basketball 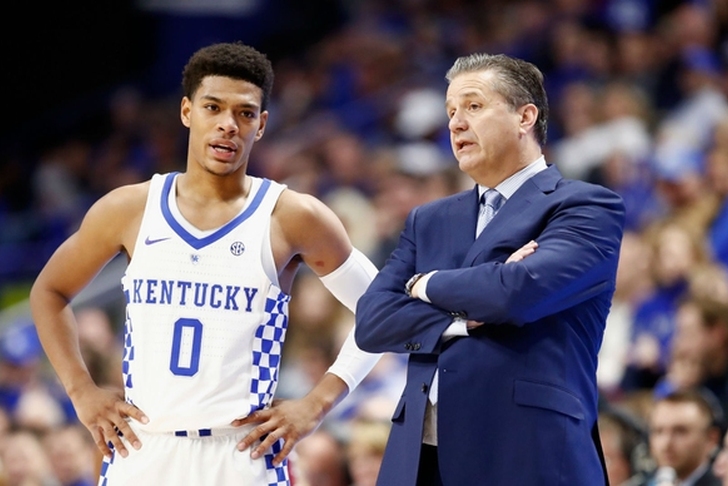 Welcome to another edition of the Rauf Report, where I will share my biggest takeaways from the past week in college basketball. While there weren't many games worth watching over the holidays, there were still plenty of things we learned as we start conference play. You can (and should) follow me on Twitter for real-time college basketball updates and analysis, but here are my eight biggest takeaways from the week:

1) Kevin Ollie won't make it through the year We talked about this earlier in the season in another Rauf Report, but people I've talked to around the UConn program say that Ollie is coaching for his job this year, which is no surprise. The Huskies have been terrible since winning their second national championship in four seasons in 2014, going 68-48 since. Injuries have played a role in that, but Ollie's terrible/nonexistent offense and inability to develop talent are more to blame.

Blowout losses to Arkansas and Auburn have really shown everything that is wrong with this team. UConn has a chance to right the ship with a home game against Wichita State to start conference play on Saturday and it's a game Ollie needs. Another missed NCAA Tournament - which would be the third in four seasons for the Huskies - is expected to result in Ollie being fired.

2) Kentucky has some real issues

Kentucky's defensive issues from earlier this season reared their ugly head again in their loss to UCLA on Saturday. The Bruins' guards were able to penetrate and get into the lane whenever they wanted to, accounting for 66 of UCLA's 83 points. We knew Kentucky was going to have problems shooting the ball (36 percent from three-point range on the season, good for 138rd in the country), but their terrible perimeter defense was something we didn't expect - especially considering their size and length in the backcourt. Their improvement in that area will be the determining factor in how successful they are this season, and the fact it's still a major problem is alarming.

Given the lack of games over the holidays, this was my biggest takeaway from Christmas. New Mexico State handed Miami their first loss of the season, then nearly upset USC in the Diamond Head Classic championship game. Their performance in that tournament wasn't a fluke, either.

The Aggies made the NCAA Tournament with a 28-5 record last season, and even though they lost to Baylor in the first round, they returned three of their top five contributors from that team. They're also experienced with five of their top six players being upperclassmen. They're the favorite in the WAC right now and will be a team no one wants to see show up next to them on Selection Sunday. 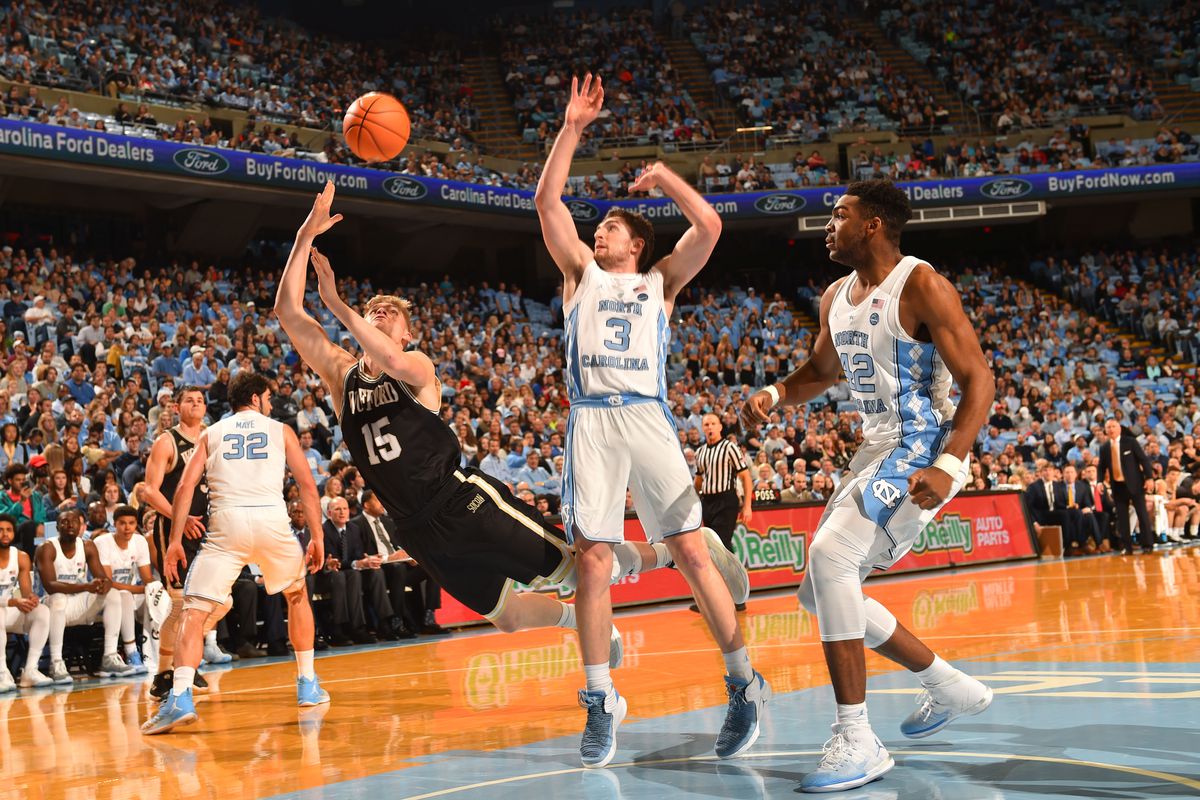 The ACC has been the best conference in college basketball for the past few seasons and was expected to be that again this year, but that's not the case. Outside of Duke, the conference has largely underachieved.

I have them as the third-best conference in the country right now because of the way they underperformed during the non-conference schedule.

5) The Big East is going to be FUN The Big East has leapfrogged the ACC as the second-best conference (the Big 12 is the best) and the start of conference play has shown us why. Three of the conference's five opening games were decided by six points or less with Butler beating Georgetown in double overtime, Xavier holding on to beat Marquette by four on the road, and Seton Hall's double-digit comeback win over Creighton.

Four teams (Villanova, Xavier, Seton Hall, Creighton) are NCAA Tournament locks and four others (Butler, Marquette, Providence, St. John's) are all bubble teams right now. It looks like this conference will be full of fun, close games every single night.

6) Reinforcements for Kansas won't solve all of their problems

Speaking of the Big 12, Kansas looks to be in jeopardy of having their streak of 13-straight regular-season conference titles snapped given the strength of the conference this season. However, they are expected to get some major reinforcements soon in five-star forward Billy Preston and four-star forward Silvio De Sousa.

De Sousa, who was finishing classes at IMG Academy last semester, is practicing with the team and will be available for conference play. Kansas has been keeping Preston out due to eligibility concerns, but head coach Bill Self expects him to return soon as well. Those two will help fix KU's lack of depth, particularly in the frontcourt, but that isn't the big problem that plagued the Jayhawks in losses to Washington and Arizona State - and almost cost them against Nebraska.

That problem has been their poor guard play. That was supposed to be KU's strength this season but Devonte' Graham, Lagerald Vick & Co. were badly outplayed in those losses. Getting that group to play up to their potential - specifically defensively - will decide if Kansas wins another Big 12 title or not.

I absolutely love this. I've been calling for more true home games in the nonconference schedule instead of all these neutral site games in half-filled arenas, and a number of teams have gone a step forward by playing true road games against mid-major opponents. Xavier went and played Northern Iowa in Cedar Falls and picked up a quality road win. North Carolina scheduled a return game against Wofford in Spartanburg for next year. These games not only provide a tough pre-conference test for these teams, but it also helps lift up the sport by putting mid-majors on a bigger stage. We need more of this.

8) How to solve this dead period before conference play 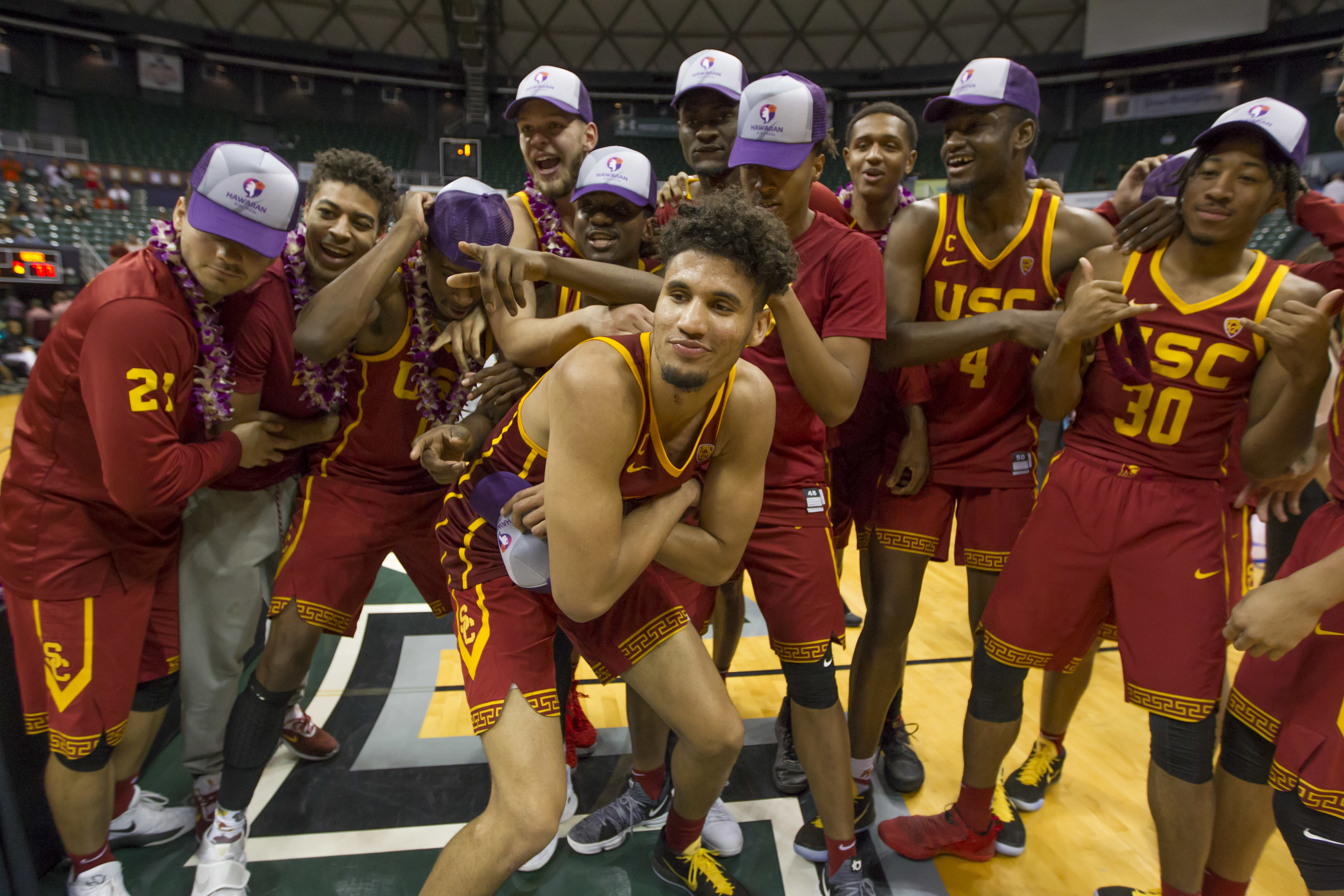 So there has been an incredibly weak slate of games over the past two weeks. Winter break has played a role in that, but remember all of those tournaments over Thanksgiving weekend? We had the PK80, Battle 4 Atlantis, Advocare Invitational, and Wooden Legacy all going head-to-head. Let's space those out and save some of them for mid-December when college basketball can capitalize on a slow time in the sports schedule.