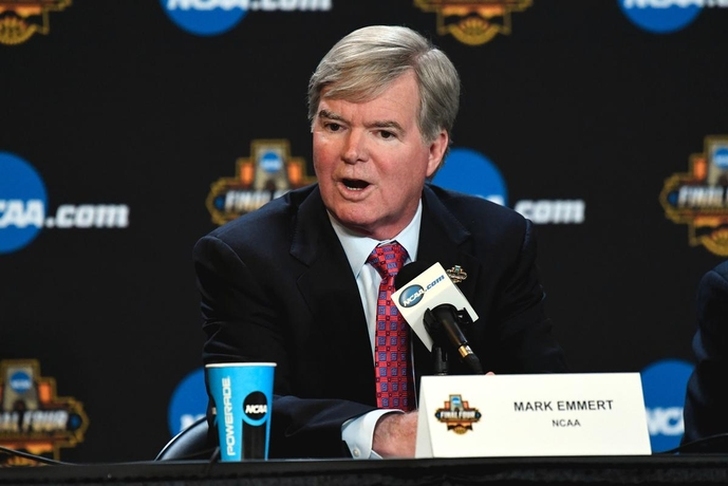 The NCAA is considering a change to transfer rules that would allow players to be immediately eligible at their new school as long as they meet certain GPA standards, which is one of the smartest things the NCAA can do.

Current transfer rules, which state that all players must sit out a year before becoming eligible, has drawn heavy criticism with detractors pointing to the fact that coaches are able to change schools freely without any penalty. The new idea would even the playing field for first-time transfers that qualify academically, though players making a second transfer would still have to sit out a year. You can read the full details of possible changes here.

This is something that makes the NCAA system a bit more fair for the players, but there is more that can be done.

The biggest area in which the NCAA receives criticism is the compensation - or lack thereof - for student-athletes that create huge revenue for their respective universities. There have been many calls for the system to stop "exploiting" the services of student-athletes for monetary gain, but there hasn't been a real solution to the problem.

They deserve compensation. How can it be done?

It's also not realistic to pay all of a school's student-athletes. If swimming, volleyball and other Olympic sports are already operating at a loss, there is no justification for compensating those athletes for simply being on the team.

Furthermore, would you pay all football players the same amount? That doesn't make much sense either. The starting quarterback and third-string center don't have the same impact, marketability or popularity.

Luckily, I think there is a solution that makes sense for all parties - allow student-athletes to earn compensation off their own likeness and activities, just like a normal college student.

Former UCF punter Donald De La Haye was ruled ineligible because of the profits he was making off this YouTube channel, and as a result, he left the team this offseason. If he wasn't a football player, it wouldn't have mattered that he was making money in his spare time as a college student.

Another example: let's say an English major, on an academic scholarship, writes a book and gets it published. The NCAA isn't going to say that accepting profits from the sales of the book would cause them to lose their scholarship. Rather, that student would be celebrated by the university and held up as an example of the English department - all while the student is basking in his or her new income.

Of course, if that same English major was a student-athlete, they would be declared ineligible for receiving any of that money. Limiting athletes in this forum makes no sense, and that is where the "exploitation" factor really comes into play.

How do you stop exploiting them without paying them? You allow them to make money doing things like what De La Haye and our hypothetical English major did.

You're the star quarterback at Texas and a car dealership wants to pay you to do an advertisement for them? Go right ahead.

You're the sixth man on Notre Dame's women's basketball team and the coffee shop you worked at in high school wants to pay you to make an appearance and take pictures with fans? Nothing wrong with that.

You won a gold medal at the Olympics at 16 and want to be on the cover of a Wheaties box but still be eligible when you get to college? Maybe do some commercials? We're not going to stop you.

What's wrong with student-athletes taking advantage of the opportunities presented to them in the marketplace? It allows them to earn money and profit off of themselves, while the amount they earn is determined by the marketplace. That quarterback is going to get more money for that dealership ad then the third-string center is for an ad they do in their hometown. And that's fine! Since the quarterback's image is worth more, he should earn more.

Universities will still be making all of their money, but student-athletes will be able to get their own piece of the pie through avenues everyone else has access to.

Now, this does open the door a bit more for the shady aspects of boosters paying athletes to attend certain schools - but this is something we still see today. We have SEC linebackers admitting to taking money from boosters from two different universities, players accepting money from athletic directors, $100 handshakes and agents paying players under the current system.

It's an area that will still need to be monitored - you don't want to have an SMU payroll scheme - which is why the NCAA was formed in the first place. But it's not going to become a new issue. If anything, it lessens the space in which illegal acts can occur. And the positives that come from allowing players to make money off themselves far outweigh any of the negatives.

So that's one big area of concern we can address, but there is something else that can be done to make the NCAA more "fair" for student-athletes - allow them to major in their sport.

If you don't think it's "academic" enough, what's the difference between majoring in football and majoring in something like dance or theater? Not every dancer or actor is going to make it in their extremely specialized field, but we accept them as having academic value. Why can't we do the same with sports?

If you're concerned about a perceived lack of opportunities stemming from a sports major, it's no different than what everyone else faces. According to a 2013 study, only 27 percent of college graduates have a job that is directly related to their major. Forcing student-athletes to pursue other degrees - often majors they're in just to keep them eligible, which this eliminates - doesn't guarantee them jobs in their post-playing career.

The big, major criticism with this is what job student-athlete will get if they don't make the NBA, the NFL or a professional league. While that is obviously the goal, sports are more than just the pros.

There coaches at every level of a sport. There are trainers, counselors, position specialists and many other positions related to the industry. Having a major in that sport instantly makes them more qualified to teach it and be a part of it.

Let's use football as our example here. With everything we're learning about CTE and head trauma from playing football, who do you want teaching your child how to tackle properly? Someone with a football degree, or a volunteer coach? My guess is that football degree.

That doesn't mean student-athletes would be forced to only major in their sport. They will have those credits as long as they're part of the team, but if they want to pursue another degree as well, they would be credited with a double-major - which is essentially what college athletes are doing now.

The only change would be student-athletes receiving academic credit for learning skills they can use in future careers (which is what colleges are supposed to be there for in the first place) instead of simply playing for the "love of the sport," a potential professional career and, of course, to make money for the school.

Are these drastic changes to the current NCAA system? Yes. But almost all of us can agree that it's a broken system that places unnecessary restrictions and exploits them in some capacity.

Making these two changes - along with the potential new transfer rules - would make the NCAA system fair to the student-athlete by giving them the same rights and opportunities every other student enjoys.

What's so wrong with that?