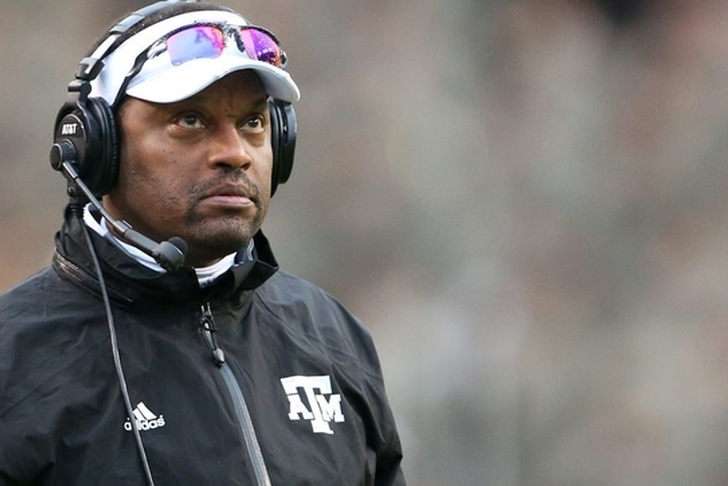 The Texas A&M Aggies fired head coach Kevin Sumlin last week in an expected move, but he's not expected to be out of work for long. Sumlin finished 51-26 at Texas A&M but was only 25-23 in SEC play - the reason for his firing - and the Aggies can finish 8-5 for the fourth consecutive season. While that wasn't good enough in College Station, many others schools are interested in him. Here are his four most likely landing spots:

4) Kansas State head coach
This will only be an option if Kansas State head coach Bill Snyder retires after the season, which is a real possibility. Sumlin would inject some new life into a K-State program that hasn't had an explosive offense for a long time. However, would they willing to look at someone who doesn't have any ties to the program?

3) Florida State head coach
If Jimbo Fisher left for any school other than A&M, Sumlin would be higher on the list. He's still well respected despite being fired by the Aggies, yet, it's hard to imagine the Seminoles would be on board with what essentially amounts to a coach swap. However, he is still on their list.

2) Mississippi State head coach
Could Sumlin end up coaching for one of A&M's SEC West rivals? Mississippi State is looking for a new head man after Dan Mullen left for Florida and are already looking at a number of assistant coaches around the country. However, Sumlin has a better resume than all of them and has proven he knows how to win and compete in the division on a year-to-year basis. Remember, Texas A&M was ranked as high as No. 4 in the country just one year ago.

1) UCF head coach
With Scott Frost leaving to take the Nebraska job, Sumlin would be a great fit to replace him at UCF. He has already been incredibly successful at a quality Group of 5 program in Houston, and UCF would give him the opportunity to rebuild his resume in hopes of landing another top Power 5 job (similar to what Charlie Strong is doing at USF, Lane Kiffin at FAU, etc.). If Sumlin doesn't get any Power 5 interest, spending a few years in Orlando would be a smart move for his career.