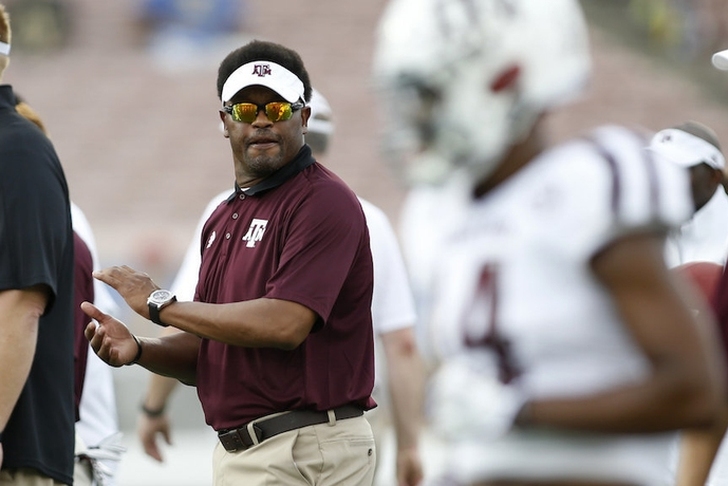 “Kevin’s tenure included some remarkable achievements and he leaves our program as one of the winningest football coaches in our storied history," athletics director Scott Woodard said. "Kevin made us a better all-around football program and led our program with dignity & character. Our expectations at A&M are very high. We believe that we should compete for SEC championships on an annual basis and, at times, national championships. I believe that we need a new coach to take us there."

Sumlin posted an 11-2 record in his first year with the Aggies, but they haven't approached that level again, posting one nine-win season and three eight-win marks since. In total, Sumlin finished 51-26 at Texas A&M but was only 25-23 in SEC play. Texas A&M also went 8-5 in each of the previous three seasons before going 7-5 this year (they could reach 8-5 for a fourth consecutive year with a bowl win).

"Coach knows he has to win and he has to win this year," Woodward said. "Last year was extremely disappointing. We were as highly ranked as fourth, and got up there and played very well, hard competitive games, and fell off, like we've been doing. We were very disappointed … both coach and I, and we just want to make darn sure we get it right.

"We've had a heck of a spring; recruiting continues to go well … (but) we have to do better than we've done in the past."

The Aggies are reportedly targeting Florida State head coach Jimbo Fisher to replace Sumlin. Fisher has spurned interest from LSU each of the last two seasons but has a good relationship with Woodward, who held the position at LSU when Fisher was an assistant there.