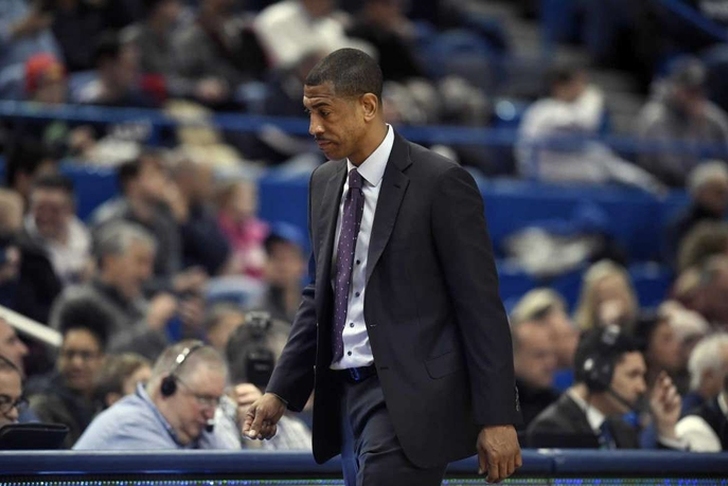 This college basketball season is hitting the home stretch now that we're in February, and as such, there are plenty of questions facing a number of teams around the country as the tournament approaches. We're posting these every Wednesday now throughout the course of the season to try and help answer those questions. Hit me up on Twitter or Facebook if you want to join the conversation! Now, let's get into it:

Does Kevin Ollie return next year to UConn? - Paul Oliva (OPaul24)
No. People I've talked to with knowledge of the program have been telling me since the start of the season that, barring something unforeseen, Ollie will be gone if UConn misses the NCAA Tournament again. That's now especially true with the NCAA investigation potential recruiting violations, in which case they could fire him with cause and avoid paying the remaining money on his contract (owed $3.5 million per year for the next three years).

So, barring a spectacular run in the AAC Tournament, Ollie will be gone.

Has any coach in the nation jumped off the hot seat farther than Brad Brownell? - PurClemsondue (@LegendofSM)
Absolutely not. He likely needed to make the NCAA Tournament to save his job and has had Clemson ranked virtually all season long. Bruce Pearl was also on the hot seat because of the FBI investigation, but those findings still have his job in jeopardy despite Auburn's insane season. As such, it has to be Brownell.

Which B1G team sneaks into the tournament - Penn St, Maryland, or Nebby? - TJ Rumpf (LLkoolTJ)
How about none of the above? Maryland has simply suffered too many injuries and don't have the firepower or depth needed to make the run they're going to need to go on over the last month of the season. Nebraska's resume is incredibly weak - they only have six top 150 RPI wins - and don't have a game remaining against a top 50 team. Coincidentally, Maryland and Penn State are their only top 100 opponents left on the schedule.

That leaves Penn State, who probably has the best chance of the three but still won't make the tournament. They only have six top 150 wins and have a Quadrant 4 loss to Wisconsin. HOWEVAH, the Nittany Lions do have chances to improve their resume with games against Ohio State, Purdue, and Michigan left on their schedule. If they can go 4-2 in their final six games, they will put themselves in a good position.

Predictions on where the top uncommitted players in the country will go? - Dave Russell (@DRuss1396)
Currently, there are six top 50 prospects who are yet to sign with a team. Here are my predictions for each of them, accompanied by their overall recruiting ranking.

Would you rather have 5 returning seniors or 5 5 star prospects in your starting lineup? - stuuu (@sturrrt)
A mixture of both is best, but if I had to pick, I'm taking the five-star prospects (I'm assuming freshmen). I will always take more talent every day of the week and, I feel that as long as I have a reliable point guard, that lack of experience won't kill me.

An overall view of Chandler Hutchison? Looks like a lottery guy that slips and teams kick themselves. Comparison? - stuuu (@sturrrt)
I really like Hutchison's game. For those who don't know, Hutchison is a senior wing for Boise State who's projected to be a first-round pick in the upcoming NBA Draft. He's a skilled wing who's a reliable slasher, solid enough shooter, and really underrated passer and defender. Hutchison is essentially a very poor man's Paul George.

His talent suggests he should be taken in the 10-15 range, but the fact that he's a senior and plays at Boise will scare teams off and I think he will slide to the late teens/early 20's (unless they make a run in the tournament). Either way, he'll be a productive pro in some role next season.

NBA likes potential over production of older players, worth the risk? - John Williams (Big12clone)
To a certain point. The top of the draft is easy because when you have guys like Marvin Bagley III, Deandre Ayton, and Trae Young putting up the crazy numbers they are, it's the best of both worlds. I think a lot of it depends on a team's standing.

If a team is good or already has some quality pieces, I prefer drafting production as long as you know their skills will translate. If a team stinks, it may be worth the risk to gamble on potential and hope you hit a home run.