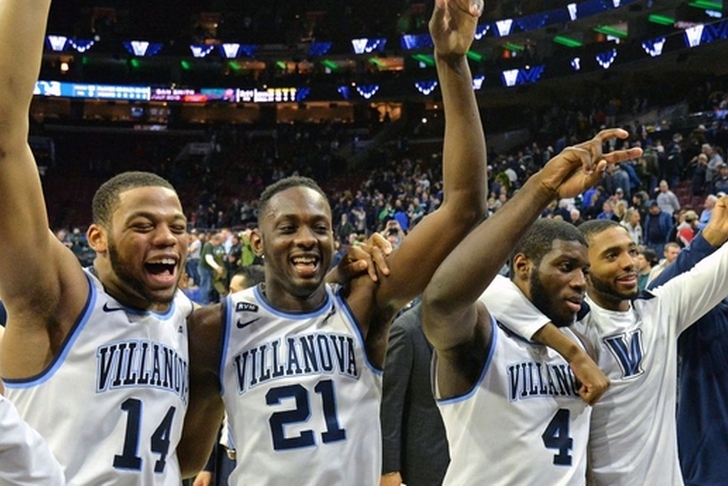 We're approaching the pinnacle of the college basketball season with every conference tournament now underway. 12 teams have already clinched bids into the Big Dance by winning their respective conference tournaments, but there are plenty of questions swirling around every other team, whether it be in regards to seeding or their bubble case. We'll continue to be posting these every Wednesday throughout the postseason, so hit me up on Twitter or Facebook if you want to join the conversation! Now, let's get into it:

Can Michigan win it all?

Can they? Absolutely. They're as hot as anyone in the country, present matchup problems with their five-out offense, and have the sixth-most efficient defense in the country. That's a great recipe for tournament success.

Will they win it all? I don't think so. A long run certainly seems likely, but I also have concerns about them cooling off during this long layoff. We'll know for sure once we see the brackets, but right now, I see them losing in the second weekend against a team with size and athleticism on the perimeter.

whos ur pick to win it all.

Right now I think I'm going with Villanova. I picked Michigan State in the preseason but I've been saying for a while that Villanova is the best team in the country when healthy, which they are now. They're a veteran team with quality guard play, have the nation's best offense, and a very good defense. A lot can change in the next few days but give me the Wildcats at the moment.

Who should Michigan fans be rooting against over the next week to ensure the Wolverines secure a 3 seed in the dance?

I think Michigan has a three-seed locked up. However, if the Wolverines want to strengthen their position, have Auburn and Tennessee lose early in the SEC Tournament and have neither Arizona, Texas Tech, or West Virginia win their respective conference tournaments either.

% chance both Michigan schools get to play in Detroit?

Zero. While either Michigan or Michigan State could end up there, Purdue will likely be there as a two seed.

@brauf33 who are your top 2 seeds in each regional

Will Isaac Haas get hit with a technical foul while being actually murdered on the court during the tournament?

I don't think I'd go that far! The biggest problem with Haas not drawing fouls is the fact that he plays soft. He shies away from contact and allows the defense to dictate the way he plays. Haas has really started getting better in that regard over the past two months, but he still struggles to play strong at times.

Which conference has a better chance to get two teams to the Final Four, the Big 10 or the Big 12?

I'm going to go with the Big Ten. I was going to say the Big 12 as they're going to get nearly twice as many teams in the field as the Big Ten, which certainly helps, but all of their teams have major flaws. Big Ten teams do, too, but Michigan, Michigan State, and Purdue all have legitimate Final Four expectations.

For the record, I don't think either will get two in, but the Big Ten has the better chance.

If KU loses in the first round of Big 12 tourney, could they slide down to a 3 seed? Also if they win the tournament could they get a 1 seed?

No, Kansas will be a two seed at the very least. I think they're currently slated for a one seed, so if they get to the title game of the Big 12 Tournament, they'll stay on the one line.

How far do you have duke going ?

Duke's tournament outlook depends more on matchups than any team I can remember. They're fine offensively, and while they've improved drastically on defense with their zone, there are holes in that zone. They need to avoid excellent shooting teams (who can shoot them out of the zone) and excellent rebounding teams (Duke has struggled on the glass since making the switch) if they're going to make a long run.

Realistically, I'd peg them as an Elite 8 team, but we'll know for sure when we see their region.

Yes. The Wake win last night was nice but doesn't move the needle for them. That said, if they beat UNC, I think they're safely in the field.

How many games must Notre Dame win in the ACC tournament to make the big dance?

Three. They already won one against Pitt and I think have to beat both Virginia Tech and Duke. Yes, they're a different team with Bonzie Colson back, but they also have losses to Ball State in South Bend and Indiana on a neutral court in games in which Colson played. Their resume simply isn't good enough for inclusion right now - they need two more big wins.

I don't like it either and don't think it's warranted given the current state of their resume. Everyone's just pumped to see a player like Colson back on the court, which is understandable. However, if they do enough to make the Big Dance, I think Saint Mary's is likely out.

why does st marys get so much love? 3 bad losses, only 2 quad 1 wins

Perfect segway! The Gaels get love because of the program's history of success but nothing they've done this year has been noteworthy. They only have three Quadrant 1 & 2 wins combined and a quartet of bad losses (Georgia, BYU, San Francisco, Washington State). I think they're currently in because of the sheer amount of wins they have, but if there's a bid-stealer or two, the Gaels will be out.

Most dangerous mid-major team in the first round? - Curtis Oler (@COler24)
There are a number of mid-major teams that I think are more than capable of winning their first-round games. Nevada, Rhode Island, Loyola-Chicago, South Dakota State, and New Mexico State are all teams to watch out for.

Who do you guess will be the next coach of UConn?

Barring a miracle run through the American Tournament to earn an NCAA berth, UConn will be firing Kevin Ollie as the program has really taken a turn for the worst since winning the 2014 National Championship. It's unclear who they're targeting, but Rhode Island's Dan Hurley has to be right at the top of list.

However, if they don't get him (or if he takes the Louisville job), UNC-Greensboro's Wes Miller is an under-the-radar name to keep an eye on.

How might Deondre Ayton's career be positively and negatively effected by the allegations upon Sean Miller and Christian Dawkins?

There are no positive effects of Ayton being linked to this other than the rallying cry of Arizona fans who think they're being unjustly accused (which may be the case, but it will be a while before we know for sure). There are a number of negatives from this but the biggest could be his draft stock being slightly affected if NBA teams have off-court concerns about him and his inner circle.

How soon will the NCAA vacate Arizona's wins this year?

Gonna bring this out to a larger scale here - we are not going to see any definitive action made by the FBI or NCAA for some time. The NCAA seems content to really put off investigating everything until the offseason, which could be when we first start to see penalties happen. However, this whole thing is going to take years to sort through. Don't expect answers anytime soon.

Where will Brandon Williams go ?

A recruiting question to close us out! Williams, a four-star point guard, decommitted from Arizona last week due to the FBI investigation, leaving the Wildcats without a single commit in this class. He says he's still considering Arizona and may still end up there, but my guess is he goes up the coast to Oregon, who have picked up some major steam in his recruitment this week.