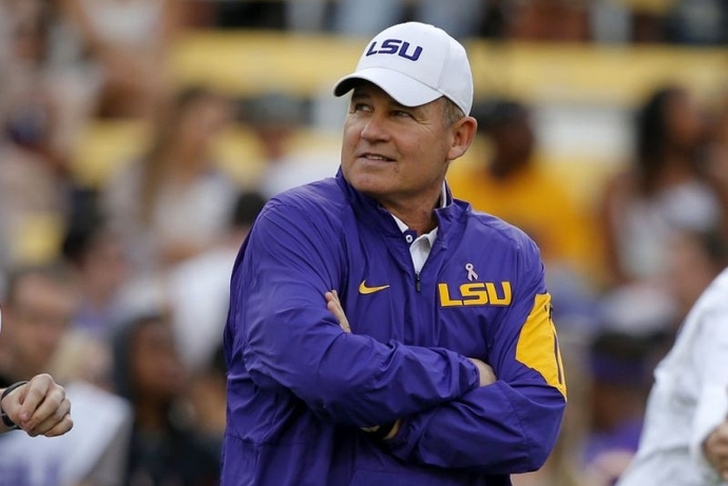 The college football regular season is officially in the books following this weekend's conference championship games, setting the stage for the upcoming bowl season. However, the coaching carousel is still in full swing with many major openings available. Here are all the latest coaching news & rumors you need to know:

Vols showing interest in Les Miles
Despite Fulmer only being Tennessee's athletics director for two days, he has already reached out to former LSU head coach Les Miles, according to Grant Ramey of GoVols247.

Sources told GoVols247 on Saturday that Tennessee has made contact with former LSU coach Les Miles since Fulmer took the reins in a coaching search that’s nearing three weeks old. Miles, according to sources, is interested in the Tennessee job.

Miles has previously expressed interest in the job. He went 114-34 in 11 years, including a national championship and two SEC titles. There may be some reservations about pursuing him given LSU's offensive struggles over the last few years, but he's a proven coach who has a desire to get back to a Power 5 program.

Gus Malzahn spurns Arkansas
The Auburn head coach had been linked to the Arkansas head coaching job since he played for the Razorbacks, was a very successful high school head coach in the state, and got his collegiate coaching career started at the school, but he shot down the notion of him returning to his alma mater.

Scott Frost to coach UCF bowl game despite taking Nebraska job
Frost has accepted the head coaching job at Nebraska, as expected, but he will still coach UCF's game against Auburn in the Chick-fil-A Peach Bowl (though game preparation duties will be handled by offensive coordinator Troy Walters).

"I'm proud of this coaching staff and the group of people we assembled to coach these guys," Frost said during the championship game trophy ceremony. "I think we've given a lot to this program and these kids. But this city, this university and these kids have given even more to us."