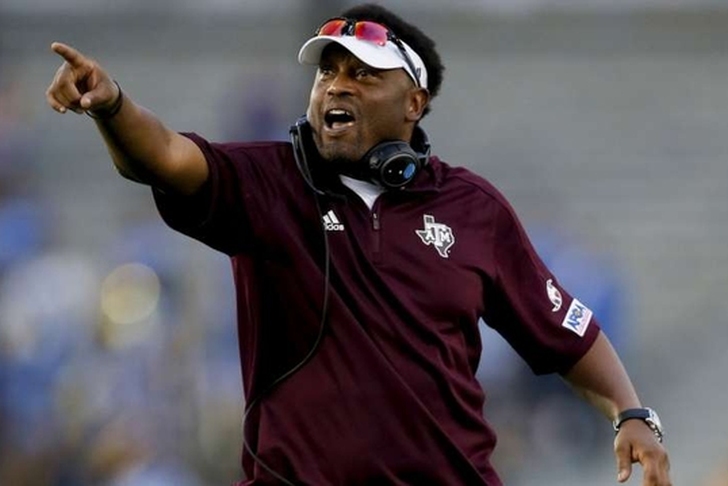 The Tennessee Volunteers are still looking for a head coach to replace the fired Butch Jones after going through the hiring - then un-hiring - fiasco with Ohio State defensive coordinator Greg Schiano and being turned down by a number of other candidates. Here are all the latest news & rumors on Tennessee's coaching search:

Dave Doeren staying at NC State
After being turned down by Oklahoma State's Mike Gundy and Purdue's Jeff Brohm, the Vols turned their attention to NC State's Dave Doeren - but he has also turned down the job, according to Yahoo Sports' Pete Thamel.

Doeren is 33-30 in five seasons with the Wolfpack, posting a winning record each of the last four seasons. However, this year was the first time he led NC State to a winning record in ACC play (6-2).

Sumlin finished 51-26 at Texas A&M and was 25-23 in SEC play. Texas A&M went 8-5 in each of the previous three seasons before going 7-5 this year (they could reach 8-5 for a fourth consecutive year with a bowl win), and their inability to win more than that is why the Aggies fired him.

It’s been reported that Morris had interviewed with Tennessee on Tuesday, but a source tells SI that is inaccurate. The 48-year-old Texan did a terrific job as Clemson’s offensive coordinator helping Dabo Swinney turn the Tigers’ program into what it is now and has spent three seasons rebuilding SMU.

Martin, who we’ve been told is in play for this job, now has a legit shot at it. Martin has coached in the SEC as an assistant at Kentucky. He’s a former Tennessee star who quarterbacked the Vols to a national title two decades ago and is regarded as a very good recruiter.

Good friend who works with @CoachLesMiles just told me that Les is extremely interested in UT position. He'd look great in Orange. #CallLes

While Miles' tenure had run its course at LSU, there's no denying how successful he was during his time in Baton Rouge. He went 114-34 in 11 years, including a national championship and two SEC titles. There may be some reservations about pursuing him given LSU's offensive struggles over the last few years, but he's a proven coach who has expressed a great desire to get back to a Power 5 program.