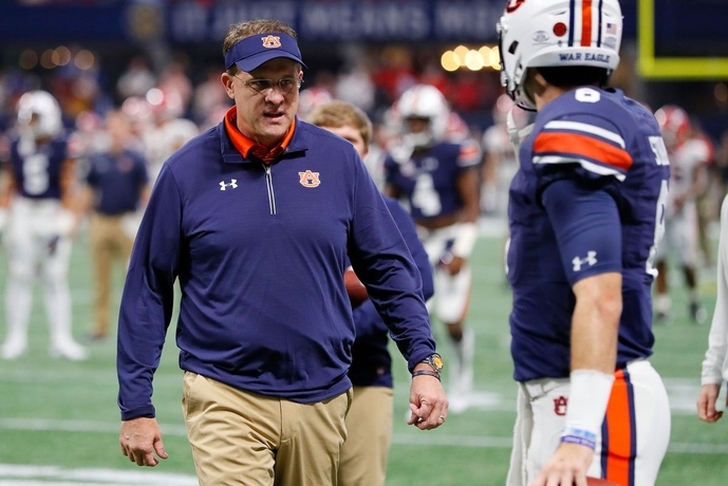 Auburn Tigers head coach Gus Malzahn has agreed to a lucrative new deal with the school, according to Brandon Marcello of 247sports.

Malzahn has agreed to a deal that will keep him at Auburn after overtures from Arkansas included a deal worth north of $7 million. The numbers in the new contract at Auburn are not yet clear, but the deal will stretch at least five years and could include a raise to as high as $7 million, the source said.

Malzahn had been linked to the Arkansas head coaching job since he played for the Razorbacks, was a very successful high school head coach in the state, and got his collegiate coaching career started at the school, but he reiterated his desire to stay at Auburn following their loss in the SEC Championship Game.

Follow our Auburn Tigers team page for all the latest Auburn Football News or download the Chat Sports App!