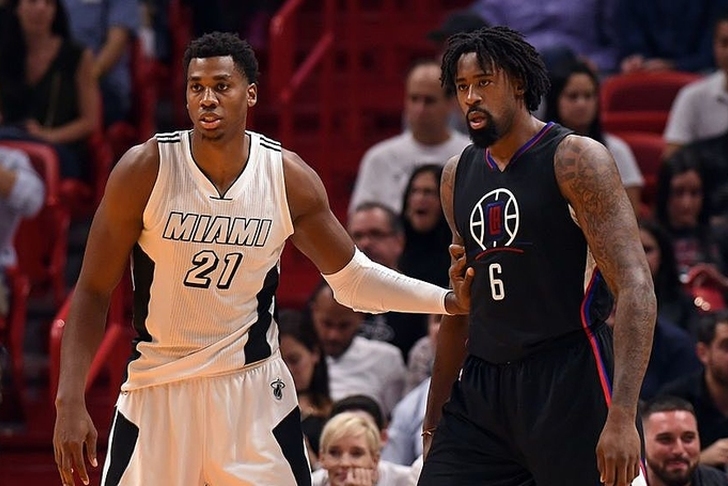 The NBA Trade Deadline is just over 48 hours away, and there should be a flurry of moves in that time that could reshape the playoff push. A number of teams continue to be aggressive and plan to be buyers before the trade deadline, but there are also several others who have decided to back off the trade market and hold onto their current pieces. Here are all the latest NBA trade rumors you need to know:

Trail Blazers, Wizards no longer pursuing DeAndre Jordan trade
The Los Angeles Clippers are planning to trade center DeAndre Jordan before the deadline, but both the Portland Trail Blazers and Washington Wizards have decided to stop pursuing a deal for him.

ESPN's Adrian Wojnarowski said on a podcast Monday that Portland has "backed away" from acquiring Jordan (though there's a chance they could get back in the mix) and ESPN's Zach Low reports that Washington "investigated the market for Jordan without gaining any traction."

The Cleveland Cavaliers, Houston Rockets, and Milwaukee Bucks are thought to be the most serious suitors for Jordan, who is averaging 11.5 points and 14.9 rebounds per game.

At this time of year, that will automatically get a guy like Whiteside included in the daily trade rumor mill. But league sources tell Sporting News that a move involving Whiteside would be a long shot, because for all the frustration he gives to Spoelstra, the Heat know how valuable he has been to their rise as a defensive force in the East, which has moved them into contention for one of the top three seeds in the conference.

Whiteside is averaging 14.2 points and 11.8 rebounds per game.

Lakers not expected to part with either Jordan Clarkson or Julius Randle
The Los Angeles Lakers have been exploring trade possibilities for both Jordan Clarkson and Julius Randle since last year's deadline, but with them shifting their free agency focus from the 2018 class to the 2019 class, they are now expected to keep both players, according to ESPN's Ramona Shelburne and Wojnarowski.

The Lakers have listened to offers or explored trades for both players that included first- or second-round picks, but sources indicate that none of those deals would save significant cap space for the future, thereby negating the initial reason for exploring trades for those players.

While the Lakers could still move either or both players before Thursday's trade deadline, one league source put the chances of a meaningful trade at "50-50 at best."

Clarkson (14.7 ppg, 3.2 apg) still has $25.9 million on his contract over the next two seasons, while Randle (14.0 ppg, 7.4 rpg) is set to be a restricted free agent after the season. The Lakers are not expected to match the kind of offers he's expected to receive on the open market.