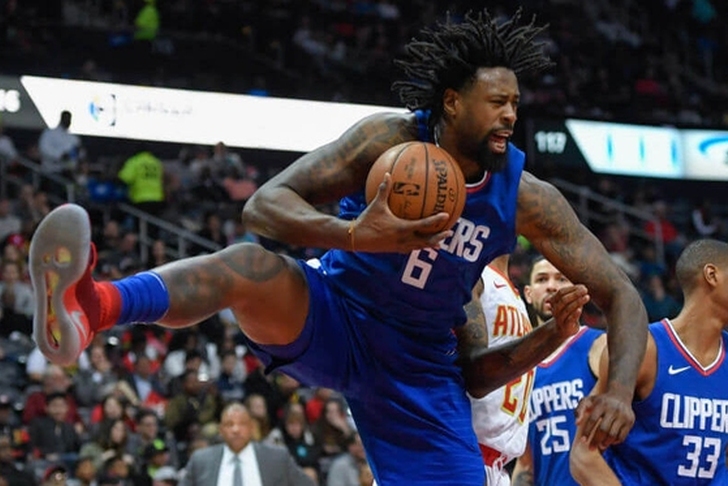 The NBA Trade Deadline is exactly a week away, and as such, we're seeing the trade market heat up - especially following the Blake Griffin trade. Many more deals are expected to take place in the coming days with several contenders looking to strengthen their roster before the playoffs, but there are also quality players figure to be available on the buyout market. Here are all the latest NBA trade rumors you need to know:

Cavs unwilling to part with Brooklyn pick for Jordan
However, while the Cavs really hope to acquire DeAndre Jordan, they won't send the Brooklyn Nets' first-round pick to the Clippers as part of the deal, according to Terry Pluto of the Plain Dealer.

Cleveland is currently in 3rd place in the Eastern Conference with a 30-20 record.

Thunder targeting Avery Bradley
Speaking of the Clippers, they acquired guard Avery Bradley from the Detroit Pistons in the Blake Griffin trade, but there's a chance they could trade him again before the deadline. According to Tim Bontemps of the Washington Post, the Oklahoma City Thunder are interested in acquiring Bradley to replace the injured Andre Roberson.

Sources say the Thunder have expressed interest in Bradley, who was traded to the Los Angeles Clippers Monday by the Pistons in the blockbuster deal that sent Blake Griffin to Detroit. Ever since that deal took place, there have been rumblings that the Clippers were considering moving on from the 27-year-old guard, who is in the final year of his contract and doesn’t seem likely to fit into their long-term plans.

Bradley, who has not made his debut for the Clippers yet, is averaging 15.0 points per game this season.