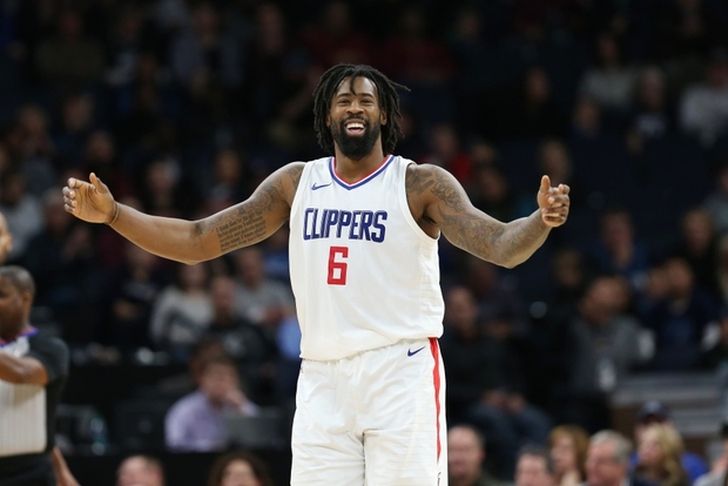 The NBA season is churning right along as we've hit the halfway point of the season, and with the All-Star break and trade deadline fast approaching, rumors are flying about which players could potentially be moved and what may happen this offseason. While contenders been the most active on the trade market to this point, a few fringe playoff teams are looking to strengthen their roster in order to help ensure a postseason berth. Here are all the latest news & rumors you need to know:

However, LA was shopping Jordan back when the Clippers were several games under .500, but have since remained adamant about keeping their current group together. They are currently the No. 7 seed in the Western Conference. Place your playoff bets with the top Basketball Betting Guide.

76ers interested in acquiring Rodney Hood?
The Philadelphia 76ers are currently 22-20 on the season and are in the No. 6 seed in the Eastern Conference, and they're expected to try to make a deal before the deadline as the franchise attempts to earn their first playoff berth since the 2011-2012 season.

As such, Dennis Chambers of Basketball Insiders expects them to be a suitor for Utah Jazz sharpshooter Rodney Hood, who has been placed on the trade block.

That being said, it just so happens that two players potentially on the trading block right now fulfill the Sixers’ most crucial need, and also aren’t on the hook for money past this year. Marc Stein of The New York Times reported that Rodney Hood could be moved before the Feb. 8 trade deadline, and that multiple teams are expressing interest in his services.

The best part about his potential fit in Philadelphia is that he fits the timeline of the rebuild while also addressing a need in the present. Being just 25, Hood fits alongside the core of Embiid, Simmons, Fultz, Dario Saric and Robert Covington as a young player. If the Sixers were to miss out on whoever they were planning to target with their financial flexibility this summer, Hood would still be there to plug in for years with a contract extension.

Hood is averaging a career-high 16.7 points per game this season.

Marcin Gortat hoping to join Magic
The Washington Wizards aren't expected to make any major moves at the trade deadline, but one may be coming in the near future. Whether it's at this year's deadline, this offseason, or during next year, center Marcin Gortat wants to be traded to the Orlando Magic before he will retire at the conclusion of the 2018-19 season.

“I would love to join the team for maybe two or three months, or maybe half a season at least,” Gortat told the Orlando Sentinel. "I’m going to be a old guy, so I don’t know if Orlando would be interested or not. But I would love to join the team back again just to wear the uniform, put the white and blue stripes again on me and be able to say I’m a Magic again and just come back home where I belong. That would definitely be a dream come true to do that for me. Whatever the team wants to do — play me, just be in the rotation or just be a bench player — I would definitely be there for the team.”

Gortat, 33, spent the first three and a half seasons of his career with the Magic. He is averaging 9.0 points and 8.1 rebounds per game this season.