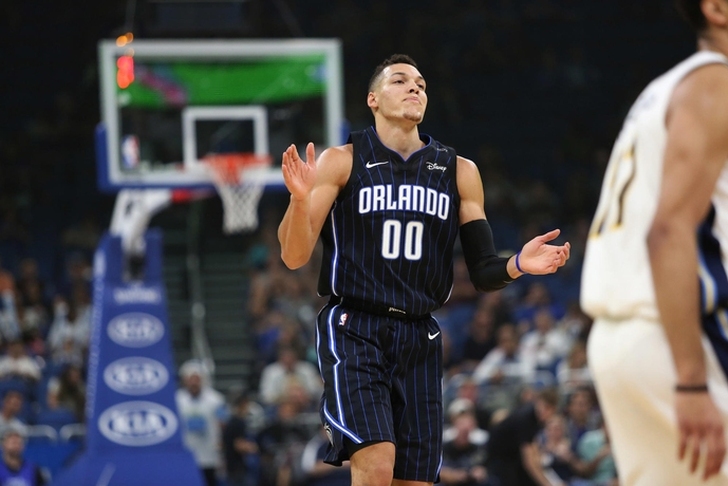 The NBA Trade Deadline is less than a week away, and as such, we're seeing the trade market heat up - especially following the Blake Griffin trade. Many more deals are expected to take place in the coming days with several contenders looking to strengthen their roster before the playoffs, but there are also quality players figure to be available on the buyout market. Here are all the latest NBA trade rumors you need to know:

Magic shopping Aaron Gordon
The Orlando Magic are starting another rebuild and are fielding offers for forward Aaron Gordon, according to The Athletic's Michael Scotto.

The new regime of Jeff Weltman and John Hammond has left no stone unturned with the deadline approaching, including quietly gauging the trade market on Aaron Gordon, league sources told The Athletic.

Gordon is averaging 18.4 points and 8.3 rebounds per game this season.

Greg Monroe reached a buyout agreement with the Phoenix Suns earlier this week and both the New Orleans Pelicans and Boston Celtics are vying for his services, according to ESPN's Adrian Wojnarowski.

New Orleans coach Alvin Gentry spoke to Monroe in the aftermath of his contract buyout with the Phoenix Suns late Wednesday night, and New Orleans will continue to make an aggressive push to sign Monroe, league sources said.

The Boston Celtics are interested in Monroe and can offer him more money for the balance of the season than New Orleans can, but his potential role would be far more limited with the Celtics. Boston can pay Monroe out of its $8.4 million disabled player exception for Gordon Hayward, but playing time appears to be a major factor in Monroe's decision, league sources said.

Monroe was traded from the Milwaukee Bucks to the Suns as part of the Eric Bledsoe trade, and he never quite fit into Phoenix's plans. The Pelicans are hoping he can replace DeMarcus Cousins, who is out for the season with a ruptured Achilles, in their starting lineup.

Monroe is averaging 10.4 points and 7.4 rebounds per game this season.

Joe Johnson hoping to leave Jazz
Another quality veteran may be hitting the open market soon as Joe Johnson is hoping to reach a buyout with the Utah Jazz if he is not traded before the deadline, according to Marc Stein of the New York Times.

Veteran scorer Joe Johnson is angling behind the scenes for a trade out of Utah, according to league sources. Will be interesting to see if he becomes a buyout candidate for contenders should no deal materialize before the Feb. 8 trade buzzer

Johnson is averaging 7.3 points and 3.4 rebounds in 22.0 minutes per game this season.