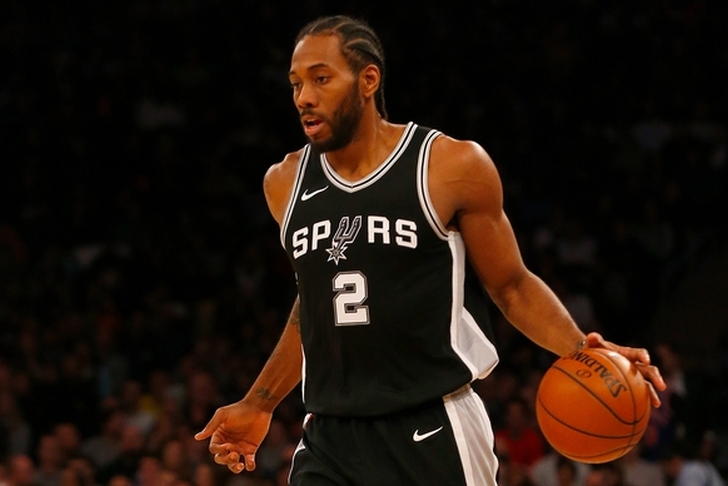 The Los Angeles Lakers are known to be pursuing two superstar free agents this offseason, but they appear ready to jump into the game for Kawhi Leonard.

While a number of teams have already been planning their pursuit of the disgruntled San Antonio Spurs star, the team finally appears willing to entertain trade offers for Leonard this summer - and the Lakers are expected to get into the mix by offering a package centered around either Lonzo Ball, Brandon Ingram, or Kyle Kuzma, according to Harrison Faigen of Lakers Nation.

Such a price might seem steep for damaged goods a team is trying to move on from, but if the Lakers’ front office can get a clean bill of health on Leonard, they’d be acquiring one of the top players in the league and a sure-fire free-agent draw who’s ready to contribute to a winner now.

The ability to get into the hunt for a player like Leonard is exactly why Lakers president of basketball operations Magic Johnson and general manager Rob Pelinka spoke about the importance of hoarding cap space and maintaining financial flexibility this summer. And while the opportunity to potentially trade for Leonard is still a ways off, having a chance to be in the hunt is a huge improvement on the Lakers’ superstar-related fortunes over the last few summers.

Acquiring Leonard would make Los Angeles a more desirable free-agent destination for both LeBron James and Paul George while also saving them cap space they could use to re-sign Julius Randle.

Of course, they could also figure out the salary structure in a potential deal that could allow them to still pursue both James and George, allowing the Lakers to form a "Big Three" of established All-Stars along with one or two of their current role players.

Leonard, who averaged 25.5 points, 5.8 rebounds, and 3.5 assists per game last season, will be an unrestricted free agent in 2019 and does not appear to be willing to re-sign with San Antonio, which is one of the reasons why the Spurs are looking to trade him.