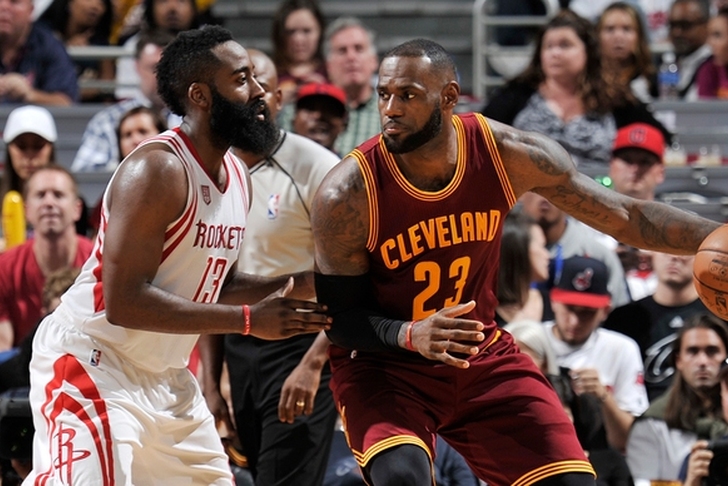 The NBA regular season finally gets underway tonight with the Cleveland Cavaliers hosting the Boston Celtics and the Golden State Warriors hosting the Houston Rockets in a TNT doubleheader. There are plenty of questions surrounding tonight's games, including the availability of LeBron James and how the Rockets will use their new duo of Chris Paul and James Harden. Here are all the latest news & rumors you need to know:

Details of Houston's plans for Chris Paul, James Harden
Tonight will mark the first time Chris Paul and James Harden will play together in a regular season game, and there are questions about how head coach Mike D'Antoni plans to use both ball-dominant guards. He told ESPN how he wants to use both players - and how either Paul or Harden will be on the court at all times.

Meanwhile, D'Antoni hauled Paul and Harden into his office and laid out the specifics of their workload. Paul will log 32 to 33 minutes and Harden 34 minutes a night. "I will have a Hall of Fame point guard on the floor at all times, I promise you that," D'Antoni says.

Paul will come out of the game after five minutes of the first quarter, earlier than at any other point in his career. Harden, who prefers to play the entire first quarter, will now have to take a seat with two and a half or three minutes left. By D'Antoni's estimation, Paul and Harden will play 18 minutes together, including the final five of every game. That requires Harden to sit for the first four minutes of the final quarter.

"I already know there will be times (when the game is close) and James will be saying, 'This is bulls--t, I gotta be in there,'" D'Antoni says, laughing. "And I'm gonna say, 'I don't know what to tell you. We talked about this.'"

RELATED: Here's why Chris Paul wanted to leave the Clippers - and ultimately picked the Rockets

LeBron went through shootaround and his status for tonight's game is questionable. Not going to speak with media now. #Cavs

Tuesday's matchup isn't just the first game of the season - it also marks Kyrie Irving's return to Cleveland after he requested a trade this offseason.

Lonzo Ball says he'll play Thursday vs. Clippers
Los Angeles Lakers rookie Lonzo Ball is dealing with an ankle injury that limited him to just one full game in the preseason, but he insists it won't keep him out of Thursday's opener against the Clippers.

The No. 2 overall pick, who recorded the first two triple-doubles in Vegas Summer League history, posted five points, eight assists and seven rebounds in the preseason opener. He suffered the ankle injury in the second game.