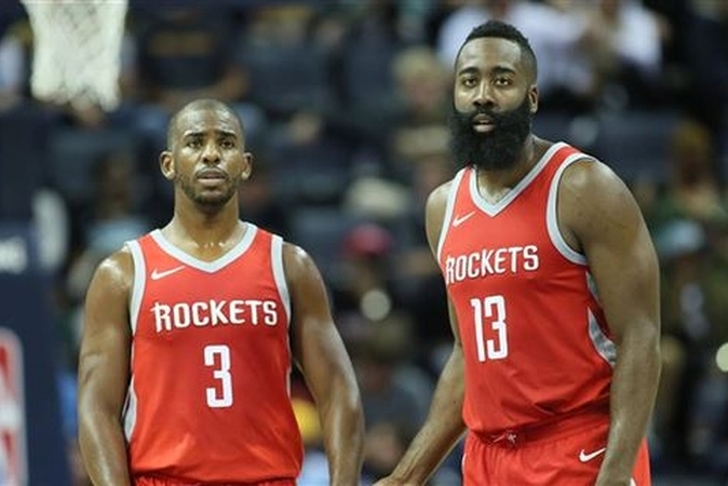 In an NBA offseason full of crazy trades and superstars changing teams, perhaps the biggest deal of all was the Houston Rockets acquisition of superstar point guard Chris Paul.

Houston sent a large number of players and assets to the Los Angeles Clippers in order to get the deal done, but for many, the availability of Paul was a surprise.

The Clippers had maintained throughout last season that re-signing Paul to a max contract was their top priority, yet after Los Angeles lost at home in Game 7 to the Utah Jazz, Paul knew he had to change teams, according to ESPN's Jackie MacMullan.

But in Game 7, after being held to 13 points on 6-of-19 shooting, he had departed from Staples Center feeling the burn of an old familiar refrain: "Will he ever win the big one?"

If he did, Paul concluded, it would have to be elsewhere. The scar tissue with the franchise had simply grown too thick.

Paul and fellow star Blake Griffin never really clicked during their time together, and the feeling around the team "felt laborsome, burdensome" at times due to the lack of postseason success, according to former teammate J.J. Redick. As such, Paul decided that his time with the franchise had simply run its course.

And that's where the Rockets and James Harden came into play.

Paul had planned to decline his player option in order to enter free agency this past summer in order to maximize the value of his next contract, and as such, had been evaluating his options - both with LA and elsewhere. Harden had been recruiting Paul to join him on the Rockets, sensing during Houston's second-round loss to the San Antonio Spurs that he needed another superstar, another playmaker.

Harden mostly ignored his phone in the weeks following that loss, but a random call from Paul on June 25th changed everything, writes MacMullan.

"What do you mean you're in?" Harden asked. Harden and Paul were friends, and they had traded texts throughout the season. CP3, he knew, was examining his pending free agent options, and Harden was hopeful Houston was on Paul's short list, but he was in the dark about where Paul was leaning.

Paul had made the decision that playing in Houston alongside Harden gave him the best chance to compete for a championship. The deal was made official just three days later.

The trade involved him picking up his player option for the upcoming season, meaning he didn't even enter free agency - that's how badly he wanted to play with Harden in Houston. Paul will now enter the open market as an unrestricted free agent after the season.

Houston opens the season tonight against the Golden State Warriors at 10:30 pm ET on TNT.