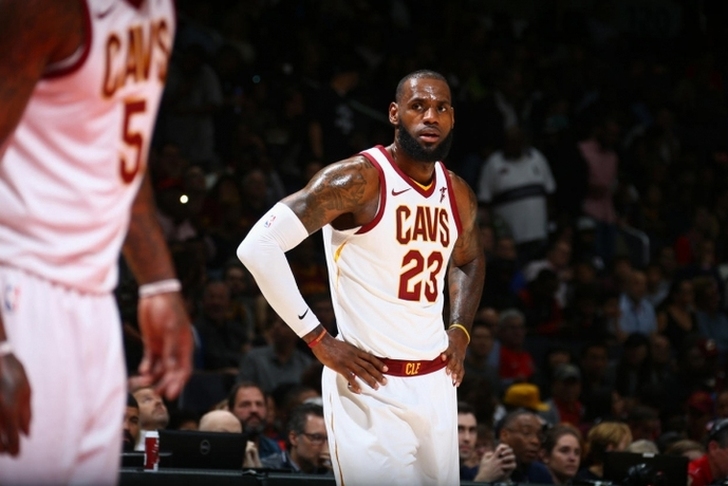 The NBA season is churning right along as we're two months into the season, and as such, teams are starting to solidify themselves as playoff contenders or as some of the worst teams in the league. The trade market is starting to heat up because of that, and some of those struggling teams are already looking ahead to a big 2018 offseason - particularly involving the future of LeBron James. Here are all the latest news & rumors you need to know:

LeBron James to Lakers "a long shot"
It has reportedly been the "worst kept secret" in the NBA that LeBron James wants to join the Los Angeles Lakers, but that may not be the case. According to ESPN's Ramona Shelburne and Brian Windhorst, the Lakers landing LeBron is nothing more than a long shot.

So imagining James' last act coming in purple and gold isn't without basis. But as of now, it's also a long shot, according to league sources. Still, expect the atmosphere, and the intrigue, to be as thick as the winter storm battering Cleveland when the Lakers and Cavaliers play Thursday night.

Rick Pitino stopped Hornets from relocating to Louisville
The Charlotte Hornets originally relocated to New Orleans following the 2001-02 season (they received an expansion team for the 2004-05 season in the Bobcats), but that was only their second choice.

According to Bloomberg, the Hornets had a deal in place to move the team to Louisville - but former Louisville Cardinals head basketball back Rick Pitino worked to sink the deal.

Around the time Pitino arrived, a group of Louisville businessmen and politicians were making a concerted effort to land an NBA team. In part, this was a play for economic development. Louisville could see how pro football and hockey helped revitalize Nashville. But it also came just as much from a desire for respect. The city burghers even had a nonbinding agreement with the Charlotte Hornets, which wanted to relocate. The plan centered around building a downtown arena that the Hornets and the Cardinals would share.

Jurich and Pitino had other ideas. They had no intention of sharing an arena with an NBA team—they didn't even want to share the city with an NBA team. Louisville was theirs. David Stern, who was then commissioner of the NBA, recalls thinking, "If Rick Pitino doesn't want us there, why are we going there?" The Hornets went to New Orleans instead.

This clearly shows how powerful Pitino was during his tenure at Louisville - and why he was able to endure so many scandals before getting fired in September following the FBI's investigation into corruption in college basketball.

Lonzo Ball says brothers playing in Lithuania was a "good decision"
LiAngelo and LaMelo Ball, after being pulled out of UCLA and Chino Hills High School, respectively, signed with Lithuanian pro club Vytautus Prienai earlier this week. While the move has drawn some criticism - particularly directed at their father, LaVar - Lonzo said the move was a good decision for his brothers, according to ESPN's Ohm Youngmisuk.

Lonzo Ball says his brothers, LiAngelo and LaMelo, heading to play pro ball in Lithuania is "a good decision." "We talked about it as a family," Ball said. "Wishing them the best over there." When asked if 16-year-old LaMelo will be OK overseas at such a young age, Ball said, "as long as he's playing basketball, he'll be fine. They're not going by themselves, they'll be people over there with them."