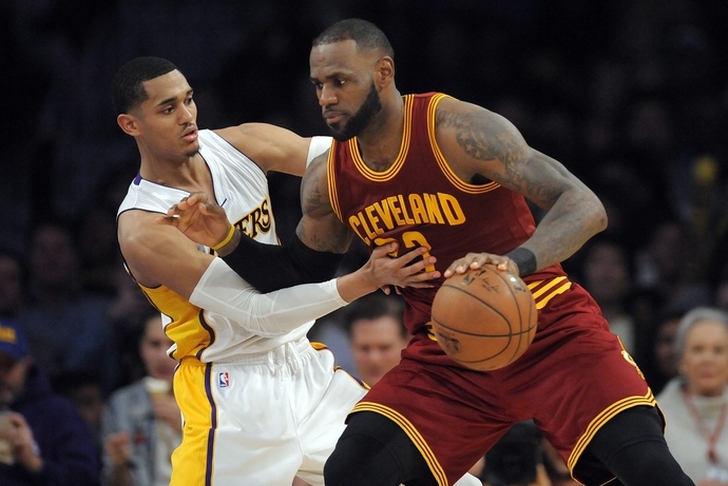 The Los Angeles Lakers' offseason plans focused on maintaining as much cap space as possible for next summer, when they plan to sign two superstar-caliber players to max contracts.

One of their targets is LeBron James, as him leaving the Cleveland Cavaliers is a "serious possibility" in 2018 due to his dissatisfaction with the front office and Kyrie Irving's trade demand. Pretty much every team plans to pursue him once he's on the open market, but Frank Isola of the New York Daily News reports that the "worst kept secret in the NBA" is LeBron's desire to play for the Lakers.

What this also tells us is that Irving wants to beat LeBron James out of Cleveland. The worst kept secret in the NBA is that LeBron has designs on playing for the Los Angeles Lakers when he becomes a free agent next July. The last thing Kyrie wants is to be left standing with a broken roster once LeBron bolts.

James already owns a home in Los Angeles, which is where he trains in the offseason. His kids have also been enrolled in school there.

LA's signing of Kentavious Caldwell-Pope earlier this month was viewed as part of their pursuit of LeBron. KCP is represented by Klutch Sports, the agency started by LeBron's friend and agent Rich Paul.

Next year's free agency class is loaded. Among the players who can or will be unrestricted free agents next summer include LeBron, Paul George, Russell Westbrook, DeMarcus Cousins, Kevin Durant and DeAndre Jordan. Even if they can't land LeBron, the Lakers are targeting all those players.

George had told the Indiana Pacers that he would leave the team to sign with the Lakers next summer, giving them one of the two superstars they are seeking, causing the Pacers to trade him to the Oklahoma City Thunder. However, George now plans to seriously consider signing an extension with OKC.