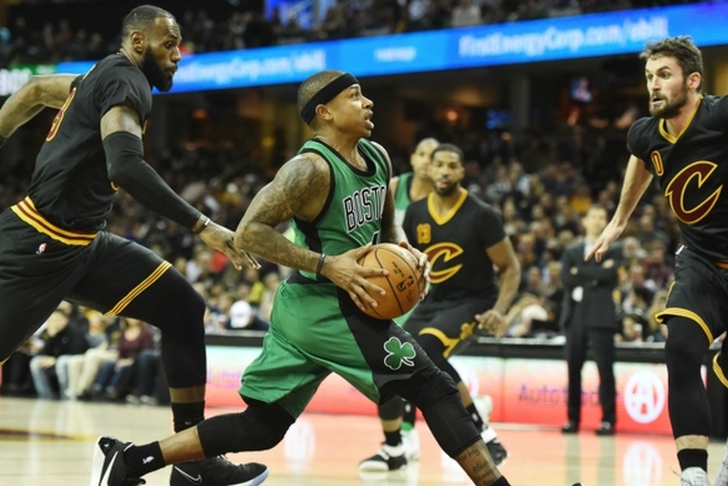 The wild NBA offseason is coming to a close at the end of the month with the start of training camps, and teams are making their final preparations for the new year. The Cleveland Cavaliers formally introduced Isaiah Thomas, Jae Crowder and Ante Zizic at a press conference early Thursday afternoon, during which we were given an update on Thomas' hip injury. Here's the latest on that and everything else you need to know in today's NBA Rumors Roundup:

Isaiah Thomas will miss start of season for Cavs
The Kyrie Irving trade between the Cavs and Boston Celtics nearly fell apart when Thomas failed his physical in Cleveland due to the severity of his hip injury, which caused Boston to send an additional second-round pick to the Cavs to get the deal done.

That has created plenty of speculation about how serious the injury is, and both general manager Koby Altman and head coach Tyronn Lue suggested that it will cause Thomas to miss the start of the season.

#Cavs Koby Altman on Isaiah Thomas: "The goal is to bring him back healthy at some point this year"

#Cavs Ty Lue might have slipped a little bit: "Isaiah is not going to be starting the season"

Thomas and the Celtics decided he didn't need surgery on the injured hip over the offseason, and the Cavs don't plan on him having surgery, either. However, it is clear that this injury will cause him to miss time and may limit him this season.

Thomas averaged a career-high 28.9 points and 5.9 assists per game last season. He also led the NBA in fourth-quarter points.

Grizzlies consider Marc Gasol, Mike Conley "untouchable"
The Memphis Grizzlies are not considered to be a contender in the loaded Western Conference, causing many around the league to think that they may be willing to trade some of their best players in order to start a rebuild.

However, that does not appear to be the case. Matt Moore of CBS Sports reports that the Grizzlies will not move either Marc Gasol or Mike Conley this season.

The Memphis Grizzlies consider All-Star center Marc Gasol "untouchable" and have refused to enter his name in any trade conversations, two sources close to the situation told CBS Sports this week. Gasol has been the subject of rampant speculation this summer that he could be dealt, despite being just two years into a five-year max contract signed in 2015 that doesn't make him eligible for free agency until 2019.

Typically, the idea that Gasol could be available stems from the perception that Memphis has lost momentum and "needs" a rebuild. The Grizzlies, in reality, have made the playoffs the past seven years, and their decision to re-sign both Gasol and Mike Conley (who is also considered "untouchable" according to sources) was made with the intention of building around the duo long-term.

Boston has been heavily linked to Gasol should Memphis choose to sell, but they have no intention of doing so - at least not this season.

Timberwolves working out several free agents
The Minnesota Timberwolves still have a few open roster spots before training camp, and worked out a number of free agents on Wednesday.

The Timberwolves are interested in all of them, but will likely wait to sign any until we move closer to the start of training camp when players are more apt to sign cheaper contracts.